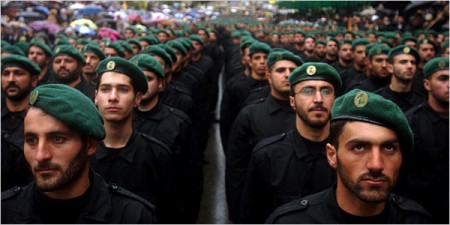 Iranian officials are closely studying the progress of Operation Protective Edge, in light of concern over Israel airstrikes on its nuclear facilities and its ongoing quest to destroy Israel.

Hossein Salami G’anshin, commander of the Iranian Revolutionary Guards, said in this context that the war in Gaza is an introduction prior to the collapse of Israel, noting that Hezbollah has become a very powerful factor that can launch missiles “non-stop” on all the cities of Israel.

The Naval commander of the Revolutionary Guards, Ali Fadawi, said at a meeting with senior officers that following the war, the Iranian army should place emphasis on strengthening deterrence and defense capabilities in order to bring down Israel.

According to Fadawi, the Iranian army closely monitors the IDF’s activities and is engaged in the development of plans for the protection of Iranian assets in accordance with Israeli “threats” and the different possible scenarios.