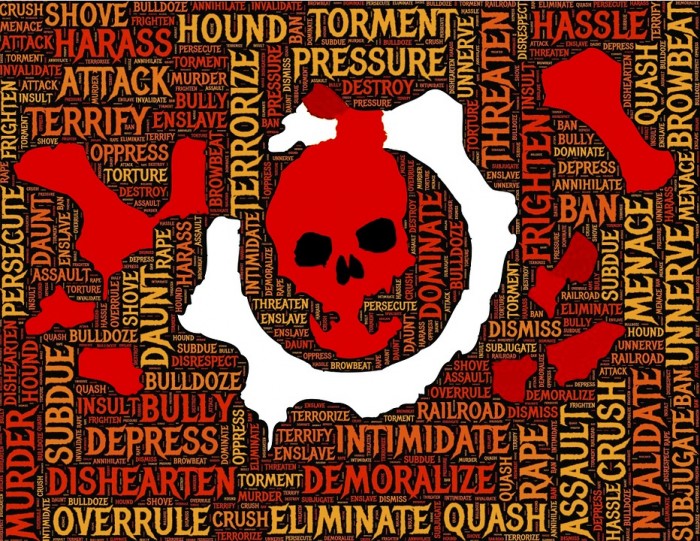 If you are a Christian, you better brace yourself for great persecution. It has gotten very little attention from the mainstream media, but federal authorities have uncovered an ISIS plot to “shoot up” a Detroit megachurch. 21-year-old Khalil Abu-Rayyan of Dearborn Heights, Michigan told authorities that he actually intended to take a gun into a very large church in Detroit that can seat up to 6,000 people and start killing Christians. He has been charged with supporting the Islamic States and with “illegally having a firearm while using a controlled substance”. Abu-Rayyan actually admitted that since he can’t be part of the jihad in the Middle East, that he would “do my jihad over here”. As I have warned so many times before, ISIS terrorists are already here, and what we have seen so far is just the beginning.

I can’t understand why this story is not headlines news all over America. If Khalil Abu-Rayyan had succeeded in conducting the megachurch attack that he was planning, hundreds of Christians could have potentially been killed. The people that go to that church might not ever know just how close they actually came to being slaughtered…

“I tried to shoot up a church one day,” Abu-Rayyan is quoted as saying in court records. “I don’t know the name of it, but it’s close to my job. It’s one of the biggest ones in Detroit. Ya, I had it planned out. I bought a bunch of bullets. I practiced a lot with it. I practiced reloading and unloading. But my dad searched my car one day, and he found everything. He found the gun and the bullets and a mask I was going to wear.”

Investigators didn’t name the church Abu-Rayyan allegedly eyed, but claim the property covers about two blocks less than half a mile from his work and can accommodate up to 6,000 members. He allegedly purchased a gun and told an undercover FBI employee that attacking a church would be “easy.”

“A lot of people go there. Plus people are not allowed to carry guns in church,” the affidavit quotes him as saying. “Plus it would make the news. Everybody would’ve heard. Honestly I regret not doing it. (If I) can’t go do jihad at the Middle East, I would do my jihad over here.”

These comments show us precisely what these terrorists want.

They want to create fear, and they want to get as much media attention as possible.

Terrorists like Khalil Abu-Rayyan do not fear death, because they have been promised that they will go to a wonderful paradise where they will be showered with attention by virgins when they die. In fact, many of them seem quite eager to receive a one-way ticket to their sex-fueled religious fantasy.

If a Christian baker refuses to bake a cake for a gay wedding, that is front page news, but if a Muslim admits to planning to shoot up a church of several thousand people that is a non-event according to the media.

This anti-Christian bias is growing stronger with each passing year, and it has now become institutionalized in our society in so many ways. A recent article by Selwyn Duke highlighted some examples of this phenomenon that we have recently witnessed…

A student is punished for refusing to “stomp on Jesus,” a Christian baker faces a year in jail for refusing to cater faux marriages, two men are arrested for reading the Bible aloud near a government building, a school “purges” Christian works from its library. Critics asserting the existence of an institutional anti-Christian bias, and a resultant war on the faith, have often been labeled paranoid. But now two University of North Texas sociologists have produced research showing that just such an agenda exists — among America’s most powerful people.

The two sociologists that he was referring to are Professor George Yancey and Professor David Williamson, and they shared their research in a newly published book entitled “So Many Christians, So Few Lions: Is There Christianophobia in the United States?” The Christian Post interviewed Yancey about this new book and the following is an excerpt from that interview…

In the minds of many of the respondents Christians are ignorant, intolerant and stupid individuals who are unable to think for themselves. The general image they have of Christians is that they are a backward, non-critical thinking, child-like people who do not like science and want to interfere with the lives of everyone else.

But even worse, they see ordinary Christians as having been manipulated by evil Christian leaders and will vote in whatever way those leaders want. They believe that those leaders are trying to set up a theocracy to force everybody to accept their Christian beliefs. So, for some with Christianophobia, this is a struggle for our society and our ability to move toward a progressive society. Christians are often seen as the great evil force that blocks our society from achieving this progressive paradise.

If you are a “liberal”, it is quite likely that this is how you view Christians.

Many non-religious liberals consider evangelical Christianity to be the biggest “problem” that America is facing today, and some of the potential solutions that liberal activists are advocating for this “problem” are quite chilling.

During their research, Yancey and Williamson personally interviewed a number of “cultural progressive activists”, and the following are a few examples of what some of them said should be done to “the Christian right”…

“They should be eradicated without hesitation or remorse. Their only purpose is to damage and inflict their fundamentalist virus onto everyone they come in contact with.” (Female, aged 66-75 with Master’s degree).

“They make me a believer in eugenics…. They pollute good air…. I would be in favor of establishing a state for them…. If not, then sterilize them so they can’t breed more.” (Male, aged 46-55 with Master’s degree).

Of course radical Islamic terrorists are probably more likely to use violent means to achieve their goal right now, but what would happen if our government became dominated by people that think like the liberal activists quoted above?

On December 15th, 1941 U.S. President Franklin D. Roosevelt made the following statement: “To Hitler, the church…is a monstrosity to be destroyed by every means.”

Most Christians today don’t realize just how much Hitler hated our faith. But if you do the deep research, you will find some absolutely incredible things. In a previous article, I included the following information which was originally uncovered by author Bruce Walker, the author of “The Swastika Against the Cross: The Nazi War on Christianity“…

The Nazi tract Gott und Volk was distributed in 1941, and it describes the life cycle of German youth in the future, who would: “With parties and gifts the youth will be led painlessly from one faith to the other and will grow up without ever having heard of the Sermon on the Mount or the Golden Rule, to say nothing of the Ten Commandments… The education of the youth is to be confined primarily by the teacher, the officer, and the leaders of the party. The priests will die out. They have estranged the youth from the Volk. Into their places will step the leaders. Not deputies of God. But anyway the best Germans. And how shall we train our children? Thus, as though they had never heard of Christianity!”

We like to think that we are so much better than Nazi Germany, but the truth is that the exact same spirit is at work today.

Americans have been trained to want a society that has completely sanitized all references to the Bible and to the Christian faith from the public arena.

Our children are being raised in public schools that are specifically modeled after the German system. If you doubt this, just look it up. Prayer has been banned, and if you try to read a Bible during school hours it can get you suspended.

We may not call ourselves Nazis, but in so many ways we are just like them.

And the hatred toward Christianity in this country just continues to grow every time a comedian makes jokes about our faith and every time Christians are portrayed as stupid, evil or crazy in our movies and television shows.

Christians over in the Middle East are being crucified and are having their heads cut off, and of course the persecution of Christians in the western world is not even worth comparing to that at this point.

But all over the world hatred for Biblical Christianity is on the rise, and great persecution is coming.

The half-hearted, lukewarm religion that passes for Christianity in so many of our churches today has got to go, because that kind of faith is simply not going to cut it during the times that we are moving into.

It has already got to be settled in our hearts that we are willing to lay down our lives for what we believe, because someday that is precisely the choice that many of us may be forced to make.