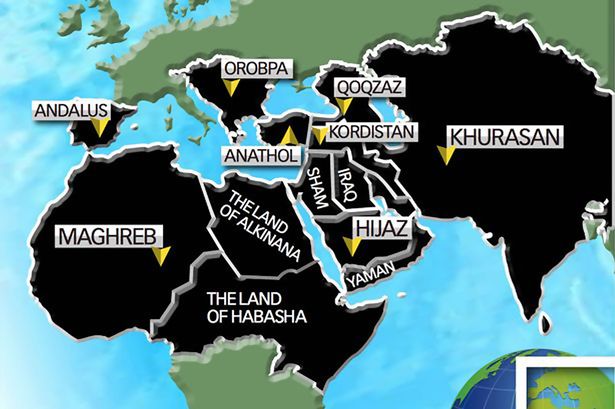 This chilling map reveals the calculated way ISIS plan to take over the world by 2020.

The terrorist group aim to control the Middle East, North Africa and parts of Europe within the next five years, the new map shows.

BBC reporter Andrew Hosken is the author of new book Empire of Fear: Inside the Islamic State, which includes the map drawn up of areas ISIS plan to take over.

The caliphate, a state governed by Sharia law, covers areas from Spain in the west to the border of China in the east.

Andalus, for example, is the Arabic name given to the parts of Spain, Portugal and France that were occupied by the Moors from the 8th to the 15th century.