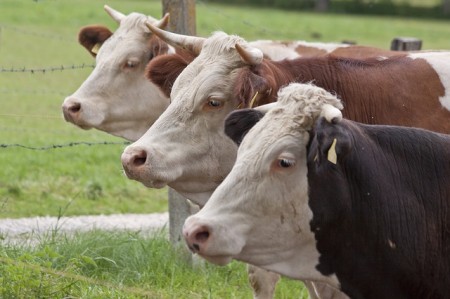 Livestock with strange white spots covering their skin were put on display at a recent protest in front of Tokyo’s agriculture ministry, according to the Associated Press (AP). Two Japanese farmers, disturbed by the unusual markings, are calling on government officials to conduct a real investigation into what they believe is radiation poisoning from the shuttered Fukushima nuclear plant.

The damage is affecting hundreds of animals on farms near the plant, barring the sale of milk and meat due to safety concerns. And the Japanese government, say the farmers, has glossed over the problem by failing to properly investigate it and come up with an explanation, all the while pretending as though nothing is wrong.

“Our cows cannot be shipped as meat,” lamented Masami Yoshizawa, one of the farm’s organizers, before media and the public in Tokyo. “They are evidence of lives affected by radiation.”