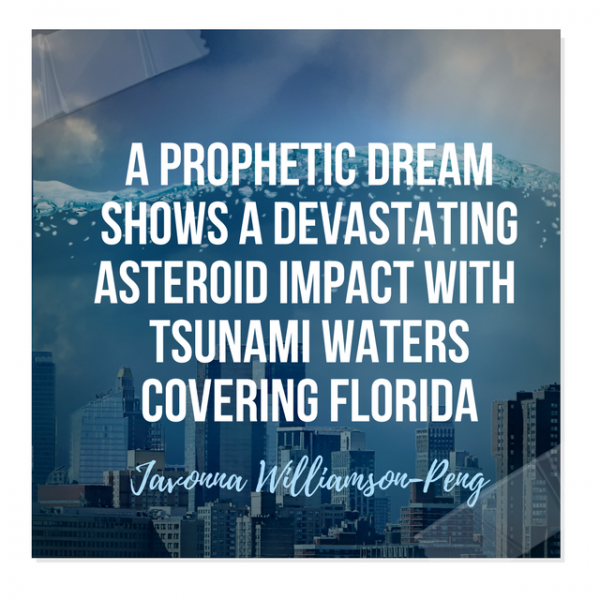 For years, my wife and I have been collecting prophetic dreams and visions about a giant tsunami that will one day kill millions of people on the east coast of the United States. Some have seen that this giant tsunami is caused by an enormous meteor hitting the Atlantic Ocean, while others have seen that there are several objects that actually hit us. Could it be possible that the smaller fragments are created when there is an attempt to destroy the meteor before it hits our planet? At this point we do not know the answer to that question, but what we do know is that hundreds of people have been shown this event, and none of our lives will ever be the same after it happens. The following account of what Javonna Williamson-Peng was shown was previously published by my wife… 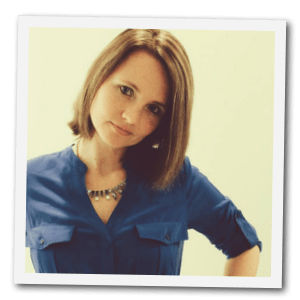 June 30th 2014 I woke up the day after being baptized in the Holy Ghost to a shaking dream. Literally shook my body for three hours after I woke up.

Here is the dream:

I was in the mountains of North Carolina in a house looking out the back window of the house toward the mountain top I seen the figure of the Lord standing there! He called my name to come stand with him and I was excited to do just that! As I stood next to him he asked to show me something and I said of course Lord I want to see.. so he told me to look toward Florida and then within quickly flashing seconds I seen every major highway through Florida jammed packed with cars, people trying to flee for their life, people running and screaming.. then I looked toward the east coast waters off Florida coast and I seen an asteroid impact the waters between Florida and the Puerto Rican islands. Smaller meteor fragments also impacted the west coast of Florida waters.. the impact from both sides caused 1,000 ft tsunami waves to come barreling toward Florida .. then in one more flash I seen the tsunami waves close in on the entire state.. the whole state of Florida was gone!! I woke up crying and shaking.. upon waking up and praying after, the Holy Spirit prompted me to read Revelation chapter 6 and 7. I believe the asteroid represents the third trumpet judgment.. where it speaks of a mountain being thrown into the sea..

Erin Bell  In November of 2014, just months after you had your dream and I had a waking vision during prayer. I was standing like, in the Gulf of Mexico and this man appeared next to me, I assumed it was Jesus, and He said, Look, I will show you. He pointed out West and I watched a fireball asteroid thing, cross the us, Texas, and florida. It hit the water just odd Miami beach. I saw all of Southern Florida underwater to the tops of the palm trees. And He said, It will be a rancid, stinking swamp…i saw 3 of my friends in a boat with their heads down; next morning, one of those friends I saw comes on fb saying *** I just had a nightmare than a tsunami hit Miami beach…*confirmation

“Prophet Efrain Rodriguez was shown in a vision that a large meteor will hit near Puerto Rico and cause a tsunami 1,000 feet high “90+ East Coast  …

Gloria Zenor– “Its coming because, the vision I had of an asteroid in 2009.  If he is showing multiples of people, I believe it is safe to say it’s coming soon.  The Holy Spirit told me a year ago,..”it’s time to go” regarding the tsunami.  I love in Florida, west coast”

Prophetic Judgement For The West Coast