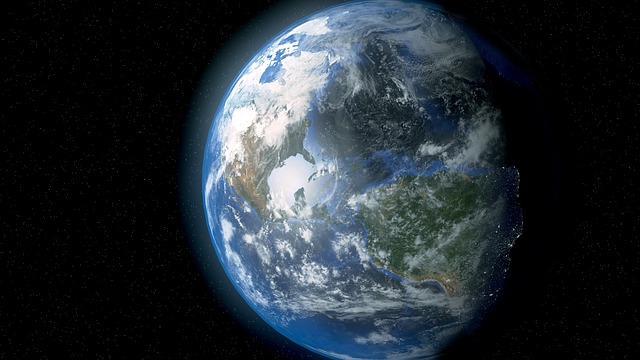 Do you also have the feeling that something really BIG is coming? Recently, there has been quite a bit of chatter on the Internet about what the second half of 2015 will bring. During the last six months of this calendar year, we are going to witness a remarkable confluence of circumstances and events, and this is something that I covered in a previous article entitled “7 Key Events That Are Going To Happen By The End Of September“. But in addition to all of the things that we can point to outwardly, a lot of very prominent individuals are also really feeling an inner “urgency” regarding what is about to happen to this country. For example, Bible prophecy expert Joel C. Rosenberg just posted an ominous message on his own personal blog in which he stated that “something is coming” and that “we must be ready”…

I feel a tremendous sense of urgency about this column.

The United States is hurtling towards severe trouble, and the events of the past few months — and what may be coming over the next few months — grieves me a great deal.

Something is coming. I don’t know what. But we all must be ready in every possible way.

When I first read that, I thought that sounded remarkably similar to how I have been feeling.

Personally, I am feeling more of a sense of urgency about the second half of 2015 than I have ever felt about any period of time before.

And like Rosenberg, I am also convinced that “something is coming” and that this nation is hurtling towards severe trouble.

So what in particular has Rosenberg so concerned? The following are the items that he listed in his blog post…

While, Rosenberg did not name a specific period of time in his article, other prominent voices have gone out on a limb and are pointing to the fall of this year. Just yesterday, I wrote about how Lindsey Williams, Martin Armstrong and Alex Jones are all warning about what is coming in just a few months.

But they are not alone. Like Joel Rosenberg, Ray Gano is also a Bible prophecy expert that is extremely concerned about what is rapidly approaching. In fact, Gano is convinced that we will witness an economic collapse “probably starting in the third quarter of 2015”…

If you have been a reader of mine, you know that I have been pointing to an economic collapse, probably starting in third quarter 2015.

US History shows that when the US suffers and economic meltdown of some sorts, it always seems to take place in September – October 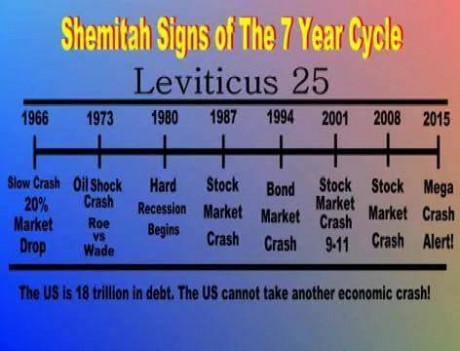 Black Monday – October 19, 1987 — stock markets around the world crashed, shedding a huge value in a very short time. The crash began in Hong Kong and spread west to Europe, hitting the United States after other markets had already declined by a significant margin. The Dow Jones Industrial Average (DJIA) dropped by 508 points to 1738.74 (1)

I strongly believe that 2015 will be a year that begins / creates financial crashes, economic chaos and possibly the start of the next great worldwide depression.

Last time around, not that many understood what was happening when the stock market crashed at the very end of the Shemitah year in 2008. But thanks to Jonathan Cahn’s work, this time around millions of people are talking about the Shemitah cycle that ends this September. For much more on all of this, please see my previous article on the Shemitah.

Others that take a more secular view of things are also deeply concerned about what is coming this fall. For instance, precious metals analyst David Morgan has been pointing to the month of September since the very beginning of this year…

When might the economy and the “debt bomb” explode? Morgan predicts this fall. Why? Morgan says, “Momentum is one indicator and the money supply. Also, when I made my forecast, there is a big seasonality, and part of it is strict analytical detail and part of it is being in this market for 40 years. I got a pretty good idea of what is going on out there and the feedback I get. . . . I’m in Europe, I’m in Asia, I’m in South America, I’m in Mexico, I’m in Canada; and so, I get a global feel, if you will, for what people are really thinking and really dealing with. It’s like a barometer reading, and I feel there are more and more tensions all the time and less and less solutions. It’s a fundamental take on how fed up people are on a global basis. Based on that, it seems to me as I said in the January issue of the Morgan Report, September is going to be the point where people have had it.”

Jeff Berwick of The Dollar Vigilante is also warning about what is going to happen in September. The following is a quote from Berwick from one of his most recent interviews…

I think we’re getting very, very close to the next crisis collapse. I haven’t said that since 2008. I haven’t said it’s going to happen this year or next year… I’ve never really been warning that I think it really is now very close and I have been doing that lately… and I’ve actually predicted later this year in September.

There’s a number of reasons why I predicted that date. There are a lot of things going on… a lot of crazy things… to go into it all it’s just amazing how you can see these things being put into place.

Are we heading for a financial collapse (or something even worse) during the second half of 2015?

(Originally posted on The American Dream)