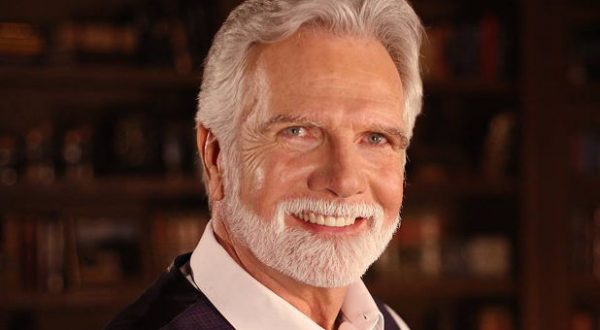 Back in 2008, John Paul Jackson released a prophetic warning for America that he entitled “The Perfect Storm”.  At that time he released a public prophetic bulletin which you can find right here, and he also released a DVD which went into much greater detail about what is coming.  You can still get some used copies of it on Amazon right here.  In the DVD, he specifically stated that most of what he was sharing wouldn’t happen for about a decade.  In other words, most of what he was shown was supposed to start happening during the time period that we have now entered into.

And that is precisely what is happening.  John Paul Jackson warned us that things would seem to get better for a time, but then after that America would be hit with crisis after crisis.

I have included John Paul Jackson’s public prophetic bulletin from 2008 below.  In reviewing the bulletin, I had completely forgotten that he had warned that “devastation from storms will dramatically cut into various harvests and the national food storage will deplete”.

This is literally happening right in front of our eyes.  For much more on this, please see the article that I posted yesterday entitled “Torrential Rain Of Biblical Proportions Is Causing Immense Devastation For Midwest Farmers”.

For those of you who have followed this ministry, you have heard me say more than once during the past eight years that from 2009 or 2010, things will become very diffi cult. I have been praying and hoping that what I am about to write may be averted. However, I am now concerned that without prophetic people speaking up, we will not play our redemptive part in bringing change for the good.

As in the movie The Perfect Storm, the storm I see coming to the United States is a combination of more than one element, and when the elements unite, the storm becomes exponentially more dangerous. However, unlike the movie, this storm is not just a storm of merging weather patterns. This storm is worse; it involves five different elements: religion, politics, economics, war and geo-physical events. At times these five elements will be so intertwined that it will be difficult, if not impossible, to distinguish which events are driving a particular manifestation of the storm. Massive problems in these five areas will come often, or in combination, and sometimes repeatedly. Each element has potentially several events that will have national and international ripple effects. Some ripples will be worse than others, depending on where you live and how you make your living. Different areas of the United States will experience different severities. Some will experience more economic elements, others more geo-physical elements; some will experience all elements. Remember, it is the combination and the rapidity that will make the storm problematic. Also, this does not mean all five elements will hit at the most devastating levels. For example, on a scale of 1–10 with 10 being the worst, one element may strike at a six while another strikes at an eight. It is the particular combinations of elements — the proximity of each element as well as the intensity of each element — that will make this storm so difficult and seem to last so long. This storm will not be short-lived; it will come in waves, one after another.

WHY IS THE STORM COMING?

This storm is coming because the Church (the Body of Christ) is no longer the backbone of this nation. From our inception, the Christian faith has been the plumb line of decisions made at all levels of life. The Christian founding of this nation is what makes it different from every other nation, other than perhaps Israel. Other nations may have become Christian in their focus, but none were initially formed with Christianity as the core of its DNA.The Church is to make known God’s manifold wisdom to the world and the powers of the air (Ephesians 2:2). This demonstration to the heavens is not accomplished by speaking to those powers but through righteous living. How we live opens or closes doors for Satan to legally afflict us and even rule over us via leaders who do not know the ways of God. From Adam and Eve through today, the actions of humankind have given room for the enemy to strike and attack us. The only legal way the enemy has access to us is when the hand of God lifts from us, resulting in a space between Him and us. This space increases as we distance ourselves from Him and His ways.

Anytime there is an increased distance between God and humanity, it leaves room for attack to come and for principalities and powers of the air (rulers of darkness) to take up residence. The longer dark powers reside over an area, the more the people begin to call right wrong and wrong right. Here in the United States, leaders arise from the people; in other words, as the people believe and think, so do the leaders who rise from their ranks. Eventually, the lines between right and wrong, as well as the holy and profane, become blurred. The way to God through Jesus and the Cross is no longer seen as an absolute. In fact, absolutes become touted as “intolerance” first in the world and then even within the Church. Yes, there are exceptions to this thinking within the Church, but through compromise, the absolutes of Heaven and eternity are clearly evaporating.

GOD CAN FASHION A DISASTER

We are living in the days of Ezekiel and Jeremiah, who prophesied that God can bring disaster on a nation if that nation continually chooses to walk according to its own plans. God spoke this to Jeremiah:“The instant I speak concerning a nation and concerning a kingdom, to pluck up, to pull down, and to destroy it, if that nation against whom I have spoken turns from its evil, I will relent of the disaster that I thought to bring upon it. And the instant I speak concerning a nation and concerning a kingdom, to build and to plant it, if it does evil in My sight so that it does not obey My voice, then I will relent concerning the good with which I said I would benefit it.“Now therefore, speak to the men of Judah and to the inhabitants of Jerusalem, saying, ‘Thus says the LORD: “Behold, I am fashioning a disaster and devising a plan against you. Return now every one from his evil way, and make your ways and your doings good.”’”And they said, “… We will walk according to our own plans, and we will every one obey the dictates of his evil heart.” — Jeremiah 18:7–12

WHAT ARE SOME THINGS THAT ARE COMING?

What are some of the things/consequences that will come? In time, water will be more expensive than oil, and cities will evacuate thousands because there is not enough water to meet their needs. (As Amos 4:7 says, “I made it rain on one city, I withheld rain from another city.”) Earthquakes will strike not only coastal areas but devastate the Midwest as well. Israel will bomb Iran, and anti-Semitism will escalate as fuel costs soar. A dirty bomb will explode in a coastal city. There will be thunderstorms with huge hail, 24 inches of rain in 24 hours, three feet of snow in six hours, record-setting tornadoes with winds of more than 350 miles per hour and tornadoes in unusual places. There will be an unexpected blight that will hit various hybrid seed crops and weaken the yield. In addition, drought and devastation from storms will dramatically cut into various harvests and the national food storage will deplete.

“Now therefore, speak to the men of Judah and to the inhabitants of Jerusalem, saying, ‘Thus says the LORD: “Behold, I am fashioning a disaster and devising a plan against you. Return now every one from his evil way, and make your ways and your doings good.”’” — Jeremiah 18:11

FOUR THINGS THE CHURCH MUST DO

First, the Church must return to knowing God and His ways rather than just knowing about God. We have replaced power with programs, revelation with administration and the Father’s heart with organizational skills.Second, the Church must learn how to contend for the faith again. We are weak, and we fall away so easily when crisis is not at hand. We have not been tested, and we have lost our resolve. We understand little of the adversary’s plans. We do not know how to debate our faith without becoming angry, and thus we have so few strong, clear, godly voices in political arenas. We have lost our witness — the witness that convicts others and strongly testifies that God is still God and is very, very real. We have lost the witness that demonstrates that God is a personal God in a very impersonal world, the witness that says, “What I do proves God exists.”Third, the Church must return to the love of God’s Word and the belief that it is infallible and inerrant. This would include the conviction, understanding and knowledge that God is absolute, and there is only one way to know Him: through Jesus the Messiah. We need a new revelation that God’s power is unlimited, His knowledge is unending, His presence is with us always and He never changes. We have made God far too small, and our lives prove it.Fourth, we will need to declare sacred and solemn assemblies of repentance and corporate fasting in many parts of this nation — a time set aside for rending our hearts before God.“Now, therefore,” says the LORD, “Turn to Me with all your heart, With fasting, with weeping, and with mourning.” So rend your heart, and not your garments; Return to the LORD your God, For He is gracious and merciful, Slow to anger, and of great kindness; And He relents from doing harm. Who knows if He will turn and relent, And leave a blessing behind Him — A grain offering and a drink offering For the LORD your God?Blow the trumpet in Zion, Consecrate a fast, Call a sacred assembly; Gather the people, Sanctify the congregation, Assemble the elders, Gather the children and nursing babes; Let the bridegroom go out from his chamber, And the bride from her dressing room. Let the priests, who minister to the LORD, Weep between the porch and the altar; Let them say, “Spare Your people, O LORD.” — Joel 2:12–17

CRISIS IS THE FRUIT OF FOLLOWING THE WRONG GOD

God allows calamities to happen in order to draw us to Himself. What does that mean? It means that God allows us to reap the fruit of that which we serve. Walking in God’s ways brings blessings and fullness of life, while walking in the ways of the “god of this world” will bring the fruit of the god of this world: decay, destruction, deterioration and death. We make our choice, then the choice makes us. Sadly, we are developing a history of wrong choices.Throughout Scripture, when crises hit the people of God, they turned their hearts to Him, and He heard and took action.Then you will call upon Me and go and pray to Me, and I will listen to you. And you will seek Me and find Me, when you search for Me with all your heart.— Jeremiah 29:12–13May the people of the United States seek the Lord … and find Him. Remember, we still have the promise that if we turn from our wicked ways, God will heal our land.