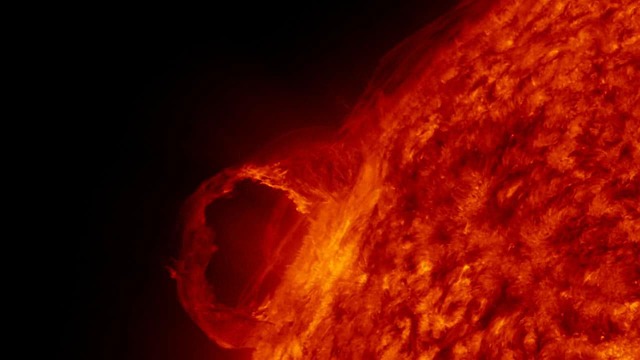 This has already been the craziest election in the history of the country, with the most overt corruption and fraud the American people have likely ever seen.

Now, on top of everything else that’s scheduled to go down tomorrow, it is being projected that a powerful coronal mass ejection (CME) is set to hit Earth tomorrow, and not just hit earth but a direct hit is in our forecast.

According to Space Weather Live, “A coronal mass ejection (or CME) is a giant cloud of solar plasma drenched with magnetic field lines that are blown away from the Sun during strong, long-duration solar flares and filament eruptions.”

What this means is the very real potential for strong geomagnetic storms here on Earth. Potential storms from CMEs like this have been known to cause everything from lost satellite control to radio and television interference to power grid disruption and failure.