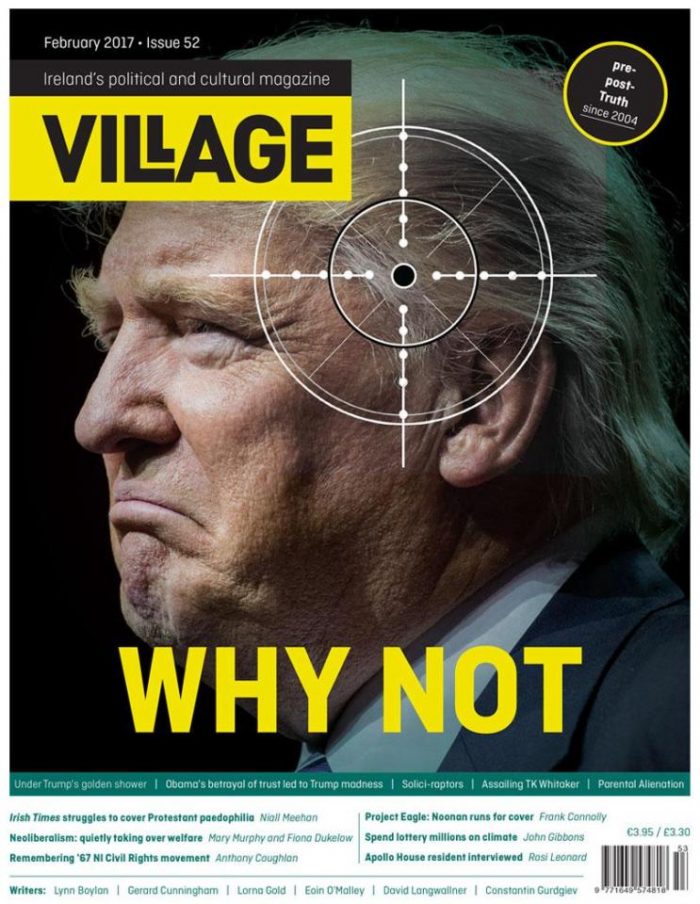 Leftist magazine The Village has come under heavy fire for lacing their cover with a picture of President Trump in crosshairs with the caption, “Why Not.”

Dubbing itself “Ireland’s political and cultural magazine,” The Village crossed a tasteless line with an article that asks several questions about the potential assassination of Trump. Though the magazine never openly endorses it, The Village clearly wants to throw the carrot out there to see if the rabbit will come and take a bite.

1 thought on “Leftist Magazine Shows Trump In Crosshairs: ‘Why Not’”