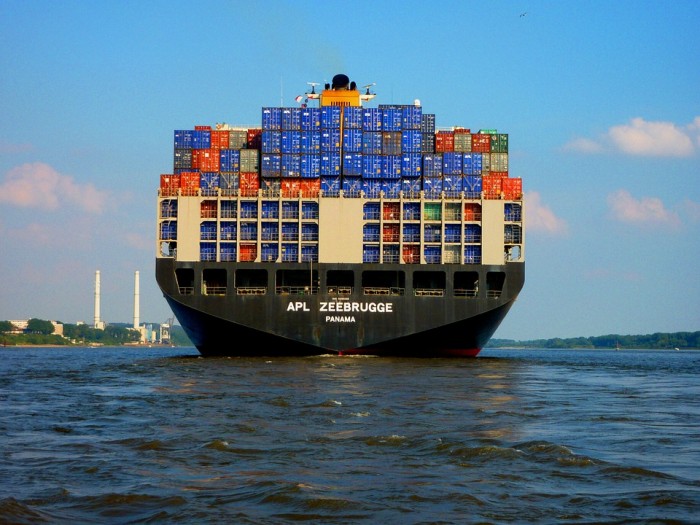 For the first time ever, the Baltic Dry Index has fallen under 400. As I write this article, it is sitting at 394. To be honest, I never even imagined that it could go this low. Back in early August, the Baltic Dry Index was sitting at 1,222, and since then it has been on a steady decline. Of course the Baltic Dry Index crashed hard just before the great stock market crash of 2008 too, but at this point it is already lower than it was during that entire crisis. This is just more evidence that global trade is grinding to a halt and that 2016 is going to be a “cataclysmic year” for the global economy.

If you are not familiar with the Baltic Dry Index, here is a helpful definition from Wikipedia…

The Baltic Dry Index (BDI) is an economic indicator issued daily by the London-based Baltic Exchange. Not restricted to Baltic Sea countries, the index provides “an assessment of the price of moving the major raw materials by sea. Taking in 23 shipping routes measured on a timecharter basis, the index covers Handysize, Supramax, Panamax, and Capesize dry bulk carriers carrying a range of commodities including coal, iron ore and grain.”

The BDI is one of the key indicators that experts look at when they are trying to determine where the global economy is heading. And right now, it is telling us that we are heading into a major worldwide economic downturn.

Some people try to dismiss the recent drop in the Baltic Dry Index by claiming that shipping rates are down because there is simply too much capacity out there these days. And I don’t dispute that. Without a doubt, too many vessels were built during the “boom years”, and now shipbuilders are paying the price. For example, Chinese shipyards reported a 59 percent decline in orders during the first 11 months of 2015…

But that doesn’t explain everything. The truth is that exports are way down all over the world. China, the United States, South Korea and many other major exporting nations have all been reporting extremely dismal export numbers. Global trade is contracting quite rapidly, and I don’t see how anyone could possibly dispute that.

The global economy is a mess, but many people are not paying any attention to the economic fundamentals because they are too busy looking at the stock market.

Yes, the health of the financial markets can greatly affect the overall economy. We saw this back in 2008. When there is a tremendous amount of panic, that can cause a credit crunch and make it very difficult for money to flow through our system. The end result is a rapid slowdown of economic activity, and it is something that we will be experiencing again very soon.

But don’t let the day to day fluctuations of the stock market fool you. Just because the Dow was up 227 points today does not mean that the crisis is over. It is important to remember that stocks are not going to go down every single day. On Thursday, the Dow didn’t even regain two-thirds of what it lost on Wednesday. Even in bear markets there are up days, and some of the biggest up days in stock market history were right in the middle of the crash of 2008.

It is critical that we take a long-term view of things and not let our vision be clouded by every tick up and down in the financial markets. Initial jobless claims just hit their highest level in about six months, and companies like Macy’s and GoPro are laying off thousands of workers. Things are already bad, and they are rapidly getting worse.

And let us not forget the great amount of financial carnage that has already happened so far this year. According to CNBC, approximately 3.2 trillion dollars of stock market wealth was wiped out globally during the first 13 days of 2016…

Almost $3.2 trillion has been wiped off the value of stocks around the world since the start of 2016, according to calculations by a top market analyst.

It has also been the worst-ever start to a year for U.S. equities, said Howard Silverblatt, senior index analyst at S&P Dow Jones Indices, as both the S&P 500 and the blue-chip Dow Jones industrial average have posted their steepest losses for the first eight days trading of a year.

Over the past six months, there have now been two 10 percent “corrections” for U.S. stocks. The only other times we have seen multiple corrections like this were in 1929, 2000 and 2008. If those years seem familiar to you, that is because they should. In all three years, we witnessed historic stock market crashes.

The stunning collapse of the Baltic Dry Index is just more evidence that we have entered a global deflationary crisis. Goods aren’t moving, unemployment is rising all over the planet, and commodity prices have fallen to levels that we have not seen in over a decade.

Around the globe, there have been dramatic stock market crashes to begin the year, and we should expect to see much more market turmoil during the weeks and months to come.

If the markets have calmed down a bit for the moment, we should be very thankful for that, because we could all use some additional time to prepare for what is coming.

The debt-fueled standard of living that so many of us are enjoying today is just an illusion. And many of us won’t even understand what we have been taking for granted until it is taken away from us.

A great shaking is coming to the global economy, and the pain is going to be unimaginable. So let us enjoy every single day of relative “normalcy” while we still can, because there aren’t too many of them left.