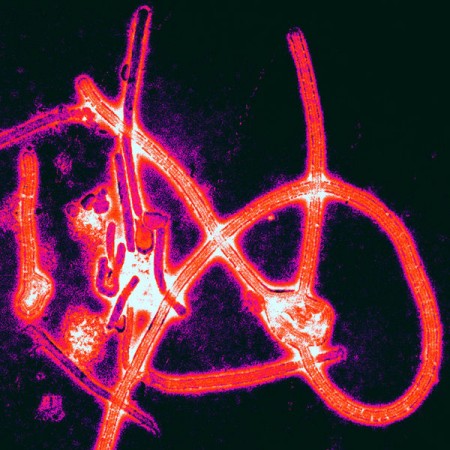 Update: It has been confirmed that the Liberian man who died in quarantine, did in fact have Ebola. Cue panic mitigation.

While the state of Sierra Leone is scrambling to locate the missing woman who is “on the loose” in the capital Freetown with a documented case of Ebola, we can at least close the book on the other developing story we reported yesterday involving a person who collapse in the international airport of Nigeria’s megacity, Lagos, and who was being tested for Ebola. The man has died.

A Liberian man suspected to have Ebola virus has died in quarantine in Lagos, Nigeria, a Nigerian official in Geneva told Reuters on Friday.

The man, who collapsed on arrival at the airport in Nigeria’s commercial centre, Lagos, on Thursday, was being kept in isolation by authorities and had not entered the mega-city of 21 million people, he said.

If confirmed, the Liberian man would be the first case on record of one of the world’s deadliest diseases in Nigeria, Africa’s biggest economy and with 170 million people, its most populous country. However, Ebola is one of a number of viruses that can cause hemorrhagic fever.