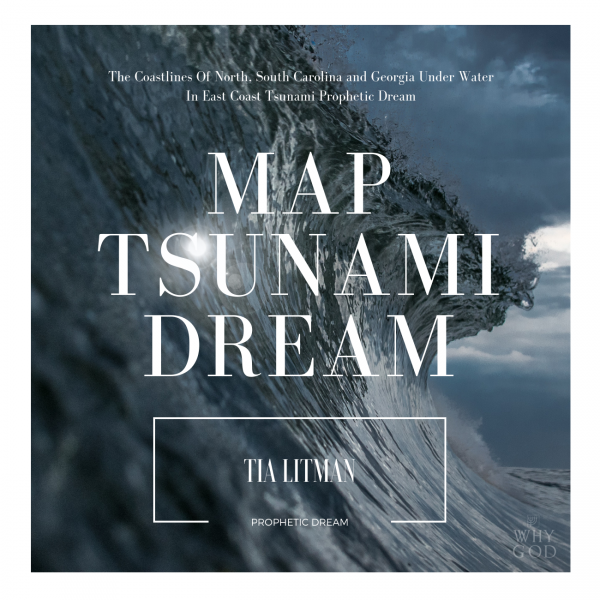 (By Meranda Snyder) This is the transcript from the above youtube video:

Hello I am back again with another dream. This time is, it was a tsunami East Coast dream.

I wanted to just talk about what the Lord showed me in my sleep like I said before, and my other videos God gives me quick dreams and not drawn out.

I wanted to talk about the first dream The first East Coast dream that I had, it was more so for the southern (area of the States) part that God showed me a couple months back.

I saw in vivid detail, a map.  I saw the southern eastern region of the map of the United States, you know, Georgia, Florida, South Carolina, North Carolina.

I saw those particular four states and the coastlines of those states.

The Lord showed me this map, zoomed in.  When it zoomed in, I saw pretty much most of Florida was underwater.

The whole coast of Georgia was completely underwater.

I am not sure if Atlanta was saved but the water really didn’t reach that far to the city area but all of that side was underwater,

South Carolina, and North Carolina’s coastline was underwater.  I am not too familiar with the cities there but they were pretty much gone.

Now, in this particular dream I didn’t see what had caused the particular flooding.

The next dream that I had concerning the East Coast was a couple of weeks ago, this was for up north and this was mainly targeted for the New York City area.

I floated up into an aerial view and I was right next to the Statue of Liberty so I was looking down from her vantage point into the city of Manhattan and just the whole skyline of New York.  What happened was I heard while I was up in the air I heard on the radio.

“Please, ladies and gentlemen, you need to evacuate the area because a 9.0 earthquake has just struck the Atlantic Ocean and you need to leave because the tsunami is getting ready to hit the city. Please evacuate the city right now.”

And so after that announcement happened, I saw the number 9.0 and a plus sign, appear in my dream and it was in red and it just zoomed in and to my face.  This earthquake that happens in the Atlantic Ocean is going to be 9.0 plus and so when there are earthquakes in the ocean especially large, very large tsunami waves can come and they can hit.

After that 9.0 number appeared in my, in my dream. I looked down and I saw people in the city just running to and fro, they were just running everywhere like little ants.

You know how you step on an ant pile and the ants come out and they are frantic?  When they are bumping into one another?  That is what that was like.   People were screaming they were frantic they were it was very chaotic.

I heard people that live in penthouses at the top of skyscrapers ( at the very top ) said to themselves, “ I’m not going to get ready. I’m going to stay. ….and I’m just going to wait it out and I’m going to see what’s going to happen”

In my mind after I heard that I was like, ……you know if there’s a warning you need to leave because a 9.0 earthquake with that type of tsunami way you might not survive that.

The Lord cut the dream off there.  I did not get to see the tsunami hit the city, but I did see people who were frantic and they were running to and fro and they were trying to evacuate.

I also heard people who just decided not so.  Even with warning, there will be some people that are going to remain where they are not going to take heed to any of the warnings.

I think that that’s the spiritual aspect as well.  As believers, we have a job to do and we have a job to warn the people and either they will listen, or they don’t to their demise.  That’s concerning spiritual things as well as physical.

If you know God has given dreams and visions about natural disasters and he’s telling people to cry loud and spare not,….. a warning to people,  as watchman on the wall to get out of a certain place then the they should take heed today.

But at the same token, you if you live in New York or in the southern states, which we do we live down in Georgia, pray about it.

Pray that God will either have you stay or He’ll have you to leave.  One or the other. 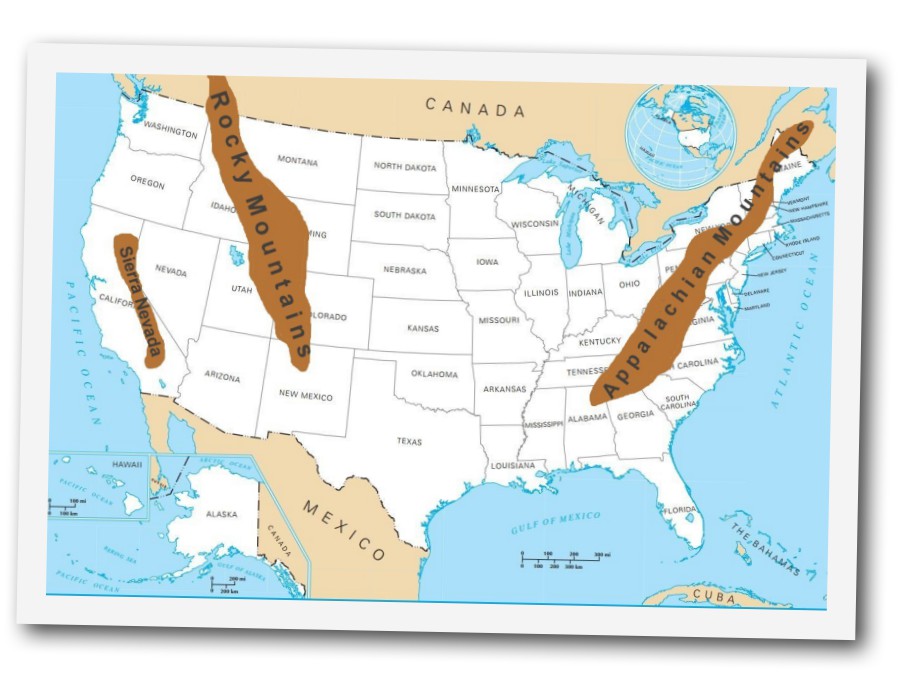 Look at the mountain ranges in the above photo.

Prophets Who Have Seen Multiple Events