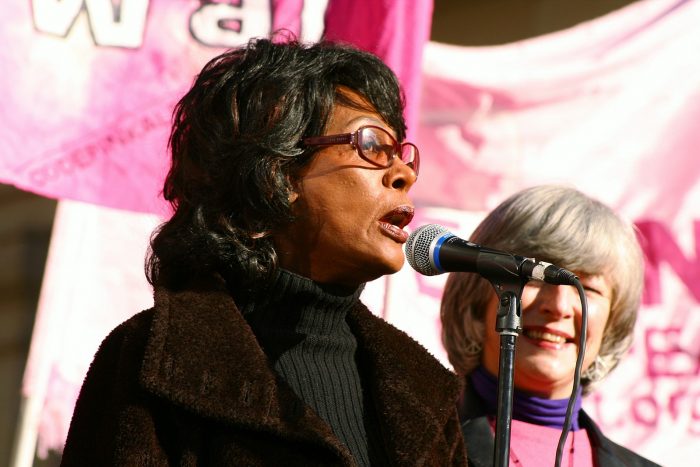 You can always count on Maxine Waters to stir the pot…

The California Congresswoman went on a shouting rampage during a toy drive outside the Wilshire Federal Building on Saturday.

After claiming Trump is”sacrificing our children,” referring to the illegal immigrant kids separated from their “parents” near the border, Waters again called for the president’s impeachment, triggering loud applause from the baying mob.