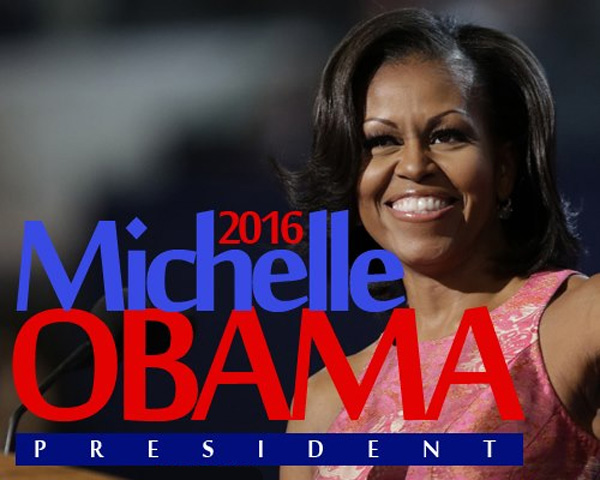 Washington columnist Edward Klein has reported that Michelle Obama’s plans after her husband’s presidency are big – and they don’t necessarily include her husband.

“For a while, the first lady played with the idea of running for the Illinois Senate seat now occupied by Republican Mark Kirk, who was hobbled by a 2012 stroke and recently fell during a vote on the Senate floor. But she has since all but dismissed this idea,” he reported.

(It was from an Illinois Senate seat that Barack Obama launched his successful bid for the Oval Office.)

But while describing how Michelle Obama “envisions” a future alongside “best friend and confidant Valerie Jarrett,” he said she also “doesn’t want to step down from that luxurious Air Force One lifestyle.”

1 thought on “Michelle Obama to jump in race for president?”