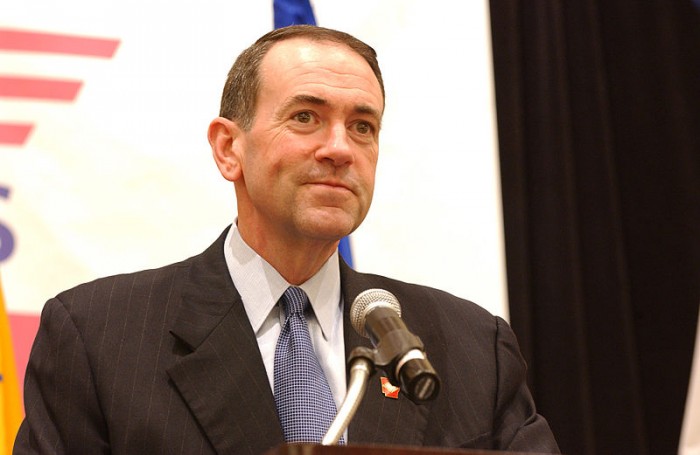 “The very fact that I talk about the relationships I have with friends who are gay indicate that I’m not a person who shuts out everyone around me who disagrees with me, ” Huckabee said on CNN’s “State of the Union.”

Huckabee, however, is still opposed to gay marriage, saying “it’s a biblical issue” and that unless he gets a new version of the scriptures, he won’t “evolve” on the issue.

1 thought on “Mike Huckabee: There is room in the GOP tent for gay marriage supporters”