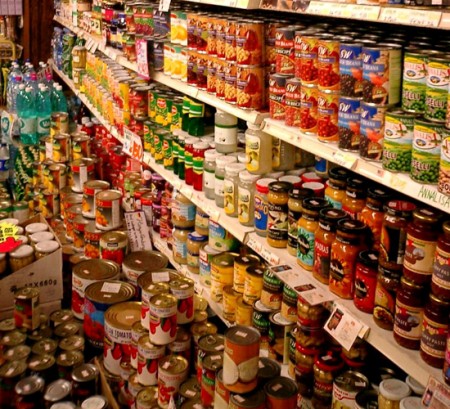 When I was a young cop, I watched a pilot at our local air show fly his plane right into the ground. I realized instantly what had happened and turned to see the entire emergency crew, many of them veterans, just standing there, frozen in disbelief. I yelled at them, “Get over there, he’s crashed” and then immediately forgot where I had parked my patrol car.

Some things are hard to believe, even if we see them with our own two eyes. Sometimes it takes awhile to process what we are witnessing, and reconcile how it relates to us and what our reaction should be. There are also those individuals that lapse into a state of shock, or simply fail to realize the exigency of a situation and perish because of it.

I learned a great axiom as a rookie from a seasoned vet: “Believe half of what you see and none of what you hear”.

If you were to believe the mainstream media, things are really looking up. Housing is booming, the Dow is setting records, there are good jobs to be found, and the recovery is in full swing. However, if you really take time and do your own research you will see a completely different story.

Things are usually the exact opposite of what the politicians tell you in order to maintain the impression of control.

One recent outrageous example that perfectly proves my point was the president’s recent statement “The World Is ‘More Stable’ And ‘Less Violent’ Than Ever”. Like many, I was in disbelief (remember, none of what you hear).

However, there are a staggering number of people that think because it is seen on the major news outlet, and delivered with authority, sincerity and corresponding statistics it must be so. However, a recent poll shows that over 93.2% of government statistics are manipulated for political gain. (I just made that up).

The truth is the world is more violent and less stable than ever before.

For generations, the world’s main concern was nuclear proliferation between the superpowers. Now, it seems like everyone’s got a nuke, or is rushing to get one. Race relations have degraded to what appears beyond repair, inflamed by career race baiters and the MSM. Banksters rake in obscene profits while destroying the middle class. Washington is a sinking ship without a rudder or captain. Health threats like Ebola and new diseases carried by illegal immigrants pouring over our porous border and a feckless congress add to the toxic mix. The cancer of political correctness and a government that calls an overt act of terror “workplace violence”, police militarization and economic coolapse  simply add to the perfect storm for a disaster of biblical proportions. Beheadings and new threats from Islamic terrorists while the government spies on good Americans makes me reluctant to even mention disasters like Fukushima, the ongoing catastrophic drought, earthquakes and volcanic activity worldwide.

The bottom line is this. If you cannot see the need for an immediate and intense preparedness program for your family, you are simply failing to understand the gravity and volatility of the current state of affairs, or as what Professor Harold Hill said in the Music Man about a new pool table in the community; “You are closing your eyes to a situation you do not wish to acknowledge”.

You need to be able to weed out for yourself what the closest thing to the truth is and prepare accordingly. It requires a bit of due diligence on your part, reading alternative news sources and blogs, determining how today’s news could affect you and what you can do to mitigate the threat.

Instead of standing in shock or disbelief of this slow motion plane crash, react, do something. Now isn’t the time for weak knees, but a time for resolve. If the plane is going down in flames, a prepper has the foresight to bring a chute. Even a modicum of preparedness now could give you an edge when TSHTF.

Do your homework now, not tomorrow, and find out what you feel is the best preparedness program for you. There is both good and marginal information out there. Listen to those with knowledge, but act now and make the tough choices necessary to mitigate realistic threats. If you find yourself in a situation of having to react, it will probably be too late. A proactive preparedness program is the best insurance for what lies ahead. Godspeed.

(Article authored by Dennis Evers.  You can find the original right here.)