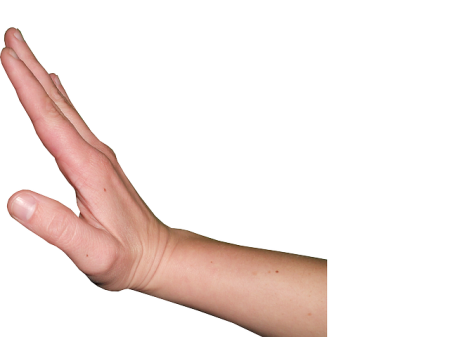 So you don’t make any interest having your money in the bank, but at least it’s safe. Or is it? The SEC just passed a new rule that allows banks to prevent you from withdrawing your money during times of “financial stress”. It’s called “gates”.

Seems like you need a dictionary to navigate the new terms bandied about in the financial world these days. Only problem is, the words aren’t even in the dictionary.

Let’s take QE, or quantitative easing: financial speak for “money printing”. Or “bail-ins”, meaning, “the bank will confiscate your money in order to prevent some huge corporation from going bankrupt.”

The new word that should have everyone very scared is “gates”. That word means “having no access to one’s funds”
according to the banking industry.

But, not to worry, as they will only restrict access to your money in times of economic instability, when everyone is in a panic.  Like we’ve never seen that before. Like the economic health of this country is in good shape. Like the US hasn’t gone to the strategy of last resort to save a failed economy – money printing, to the tune of 4 Trillion dollars and counting.

Well, this is their next trick in that bottomless bag. The idea is to frighten you into removing your money from money market accounts and put it into the stock market. After all, keeping the stock market high is what it’s all about!

The new word that should have everyone very scared is “gates”. That word means “having no access to one’s funds”. This newly adopted SEC rule is designed to curb the risk of investor runs on money market funds.

Their logic: spook participants in the $2.6 trillion money market industry with the prospect of being gated (having no access to ones funds) and force them to reallocate funds elsewhere.

According to the article-The Gates are Closing: SEC Votes Through SEC Reform: “The SEC’s rule will require prime money market funds to move from a stable $1 per share net asset value, to a floating NAV [Net Asset Value]. It also will let fund boards lower redemption “gates” and fees in times of market stress.”

“And therein lies the rub, because the very presence of the “gate” effect will be enough to send money market investors rushing out (as they are all sophisticated enough to know that this fake, rigged market is a house of cards just waiting to come down) and into other asset classes.”

“Of course, it is the desire of the SEC, the Fed and the US Treasury that the one asset class picked as an alternative to money markets is equities.
… the SEC decided it was about time to herd the “retail investor” out of the ZIRP “danger” of money markets and into the “safety” of an all time higher stock market”

…where even Janet Yellen admits there is at least a biotech and a social media stock bubble.

Fear incentives will result in a “greater chance of fire sales in times of stress and spread panic to other parts of the financial system while denying investors and issuers access to capital”.

Below are some of the concerns voiced by one of the objectors, Kara Stein:

While on the surface this now enacted proposal to establish withdrawal limits is spun as benign, it was the Fed itself  who warned in April of 2014 that “the possibility of suspending convertibility, including the imposition of gates or fees for redemptions, can create runs that  would not otherwise occur…

Rules that provide intermediaries, such as MMFs, the ability to restrict redemptions when liquidity falls short may threaten financial stability by setting up the possibility of preemptive runs.”

Clearly, everyone understands that the only purpose behind implementing “gates” is to redirect the herd. And with some $2.6 trillion in assets, money markets can serve as a convenient source of “forced buying” now that QE is tapering.

The only question is whether the herd will agree to this latest massive behavioral experiment by the Fed, and allocate their funds to a stock market which is now trading at a higher P/E multiple than during the last market peak.

And should this particular exercise in inflating stock bubbles fail, then gating bond funds, another “reform”  should certainly force equities to unseen bubble proportions.

If The SEC has succeeded in scaring you to get your money out of money market funds, consider saving it in gold. Gold always preserves its purchasing power.