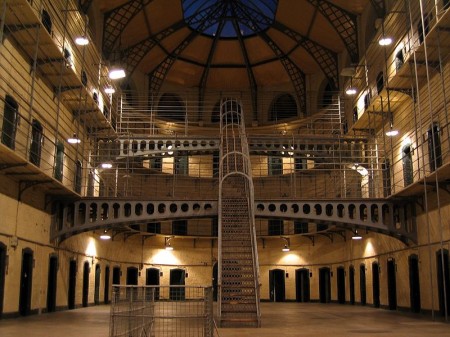 A mother in South Carolina has been thrown in jail, and her 9-year-old daughter taken into the custody of the Department of Social Services after busy body neighbours reported that the child was playing alone in a park.

Debra Lynn Harrell faces charges of child neglect at the hands of the North Augusta “Department of Public Safety,” reports local news station WJBF, after her daughter was found playing unsupervised while Harrell was working.

The police report states that the girl told officer that her mother always drops her off at the park before going to work.

According to the report, Ms. Harrell admitted to letting her child play in the local park alone, saying that she cannot supervise her all the time, because she has to work at a branch of McDonald’s to support her family.

Instead of offering to help Harrell out by looking after the child, or helping find affordable day care, a neighbor simply reported the mother to the police, leading to Ms. Harrell being jailed.

Of course, in the new America it is not normal to try to work to support your family. That’s just plain weird. For attempting to earn a living to support her child, rather than idly collecting on welfare, Harrell finds herself behind bars, with her child having been kidnapped by the government.