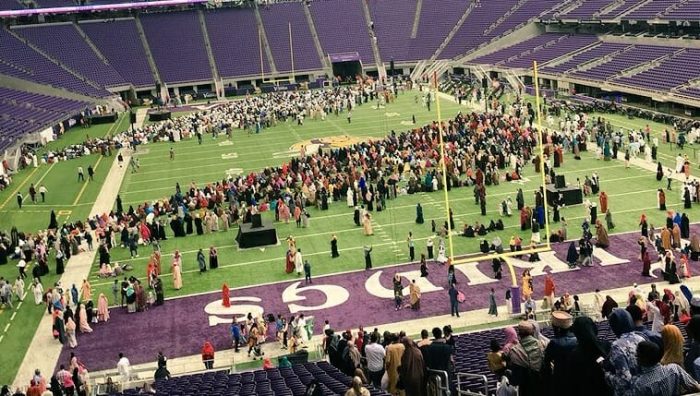 (Gateway Pundit) Over 50,000 Muslims are planning a massive rally today at USBank Studium in Minnesota for the Eid Al Adha.

The crowd was chanting “Allahu Akbar” as they entered the building.

Investigative journalist Laura Loomer is outside the event today.

Current scene @usbankstadium in #Minnesota where 50,000 Muslims are gathering to celebrate #EidAlAdha at the stadium.

People can be seen in this video holding signs that say “Love thy neighbor” as “Allahu Akbar” is broadcasted on the loudspeaker repetitively in the background. pic.twitter.com/UfBjN9zKTg