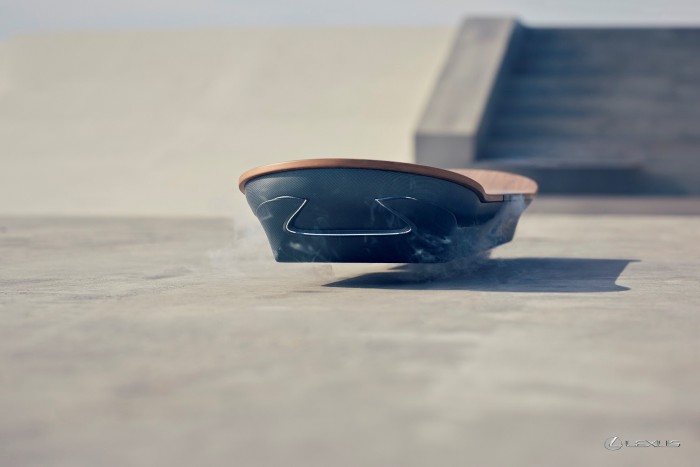 Watch out, world. Toyota is heading back to the future.

The automaker has hinted it’s looking into flying cars. Now, its Lexus luxury brand has actually built a working model of a hoverboard. That’s right, an actual, working hoverboard. It’s real, but not for sale. Yet.

The board uses liquid-nitrogen-cooled superconductors and magnets, according to the Lexus website. The technology is already zooming around Toyota’s home country. A Japanese railway company last year set a new world speed record using a magnetic-levitation train. Toyota tipped its hand a year ago that it has been experimenting with this for cars.