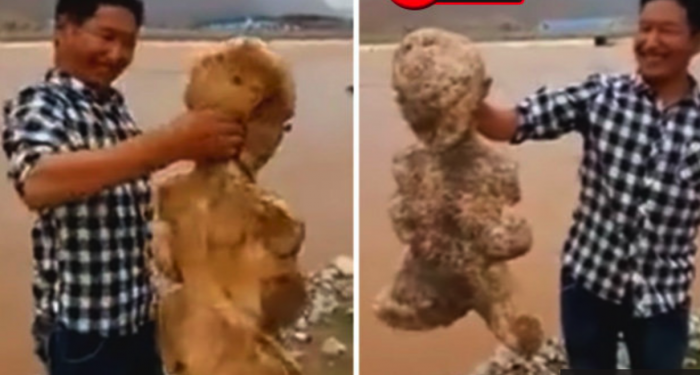 (The Daily Star) The strange animal was discovered floating along the shore of a beach in China.

Locals were scared to approach it at first but then one man picked it up to get a photo next to it.

When he did, he was left stunned as the animal began moving its head and limbs.

A video of the phenomenon was shared online, where it soon gained popularity.