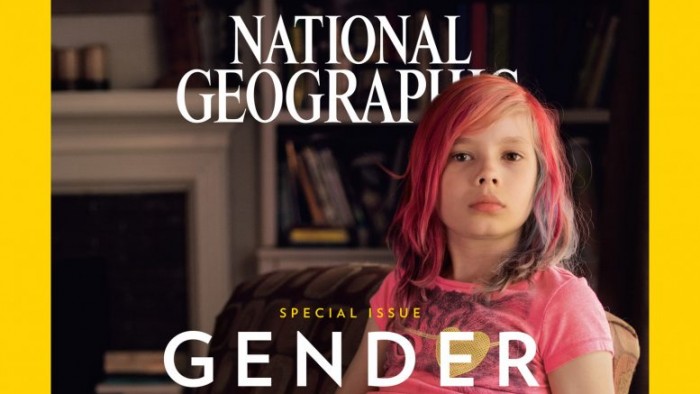 As part of its January 2017 issue exploring our evolving understandings and definitions of gender, National Geographic is featuring nine-year-old transgender rights activist Avery Jackson on its cover—the first time a trans person has made the cover of the magazine.

Jackson rose to stardom last year when she began documenting her transition with “Avery Chats,” a series of YouTube videos describing how she came to understand her identity at such a young age and eventually came out to her parents as trans.