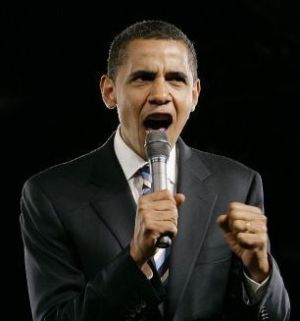 President Obama said Friday that a Malaysia Airlines plane carrying nearly 300 people, including at least one U.S. citizen, was evidently shot down by an antiaircraft missile fired from an area controlled by pro-Russian separatists in eastern Ukraine.

In a White House news conference a day after the Boeing 777 crashed en route from Amsterdam to Kuala Lumpur, Obama stopped short of saying who fired the missile or directly blaming Russia for the deaths, which he called “an outrage of unspeakable proportions.”

But he said the separatists “have received a steady flow of support from Russia,” including heavy arms, training and antiaircraft weapons. Pointing to rebel claims to have shot down several Ukrainian aircraft in recent weeks, including a Ukrainian fighter jet, Obama said it was “not possible for these separatists to function the way they’re functioning . . . without sophisticated equipment and sophisticated training, and that is coming from Russia.”