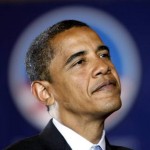 Obama administration officials are saying that Obama is close to presenting his plan for peace in the Middle East to Israel and the Palestinians.

According to new reports, Hezbollah has stockpiled 40,000 rockets near the Israeli border.

Russia says that the Russian nuclear submarines patrolling off the East Coast of America are “nothing to worry about”.  Wanna bet?

U.S. consumer bankruptcies experienced a 34.3% increase in July from the same period a year ago.

Things are getting really bad – about 1 out of every 10 Californians with a home loan is now in default.

In preparation for the massive swine flu pandemic that the government is convinced is on the way, the Obama administration is considering draconian new federal quarantine regulations.

A group of Internet service providers is fighting back against a U.K. government plan to monitor all emails, phone calls and website visits by residents of the U.K.

Ready for a crime wave?  On Tuesday, U.S. judges told the state of California to prepare to release more than 40,000 of its 150,000 prison inmates in order to reduce overcrowding in state prisons.

India’s new ambitious solar power plan will be paid for by “rich” nations like the United States.

In the U.K., students as young as five will now be taught about the evils of “wife beating”.

One medical doctor has written an eye opening article on the safety of vaccines.

A shocking new study has revealed that about 70 percent of U.S. children have low levels of vitamin D.

Another new study has shown that thousands of people exposed to the massive amount of dust after the destruction of the World Trade Center towers in New York have developed asthma.

Lastly, as if there was not enough to worry about already, now there is an epidemic of giant albino python snake sightings across the United States.