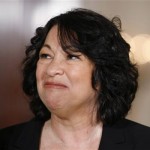 The U.S. Senate has confirmed radical pro-abortion and anti-firearms judge Sonia Sotomayor for a spot on the Supreme Court by a vote of 68 to 31.

Democrat activists are already answering Obama’s call to send him information on those who oppose his policies.  One one liberal website, one poster wrote this: “I turned in my sister. That felt good.”

Rupert Murdoch plans to charge users for Internet content on all of his news websites by next summer.  Good luck with all that.

Barack Obama’s top science advisor, John Holdren, advocated a “world of zero net physical growth” in an essay that he co-authored in a 1995 book on environmentally sustainable economic activity published by the World Bank.

Deaths from the swine flu in Argentina have more than doubled in the past month.

The CDC has refused to answer their own FAQ about whether or not the swine flu vaccine will be mandatory.

The United States has formally asked Israel to freeze West Bank settlement for an entire year.

You know things are getting bad when articles pop up discussing the pros and cons of implantable credit card RFID chips.

Some lawmakers in Congress are actually proposing that biometrics be used to authenticate the identity of anyone seeking a job in the U.S.

Will Obamacare mandate free sex-change surgeries at the expense of the taxpayers?

Forbes is asking this question: If you could have computer chips wired into your brain, would you?

Will squalene be in the swine flu vaccine?  If so, perhaps you should find out what it does to rats and humans.

What is Hillary Clinton doing in Kenya?

More sobering food news – in Alberta Canada, there is simply “nothing to harvest” after some really bad weather this summer.

Families in the U.K. who overfill their garbage cans are getting hit with larger fines than shoplifters are.