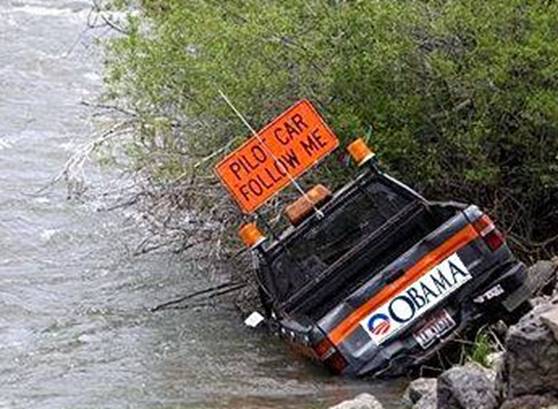 Did you know that some Americans are being hit with health insurance rate increases of more than 500 percent? Taking advantage of “the stupidity of the American voter”, the Democrats succeeded in ramming through one of the worst pieces of legislation that has ever come before Congress. The full implementation of Obamacare has been repeatedly delayed, but now we are finally starting to see the true horror of this terrible law. Thanks to Obamacare, millions of American families are losing health plans that they were very happy with, health insurance rates are skyrocketing, millions of workers are having their full-time hours cut back to part-time hours, rural hospitals all over the country are dying, and thousands of doctors are being driven out of the industry thus intensifying the greatest doctor shortage in U.S. history. Obamacare is a slow-motion train wreck of epic proportions, and the full effect of this law is only beginning to be felt. In the end, the economic impact of this law will likely be measured in the trillions of dollars.

One of the primary reasons why Democrats experienced so much pain during the recent elections was because millions of Americans are receiving some very disturbing letters from their health insurance providers. At a time when U.S. incomes are stagnating, health insurance rates are rising to absolutely ridiculous levels.

As the New York Times recently reported, even the Obama administration is admitting that “substantial price increases” are on the way…

The Obama administration on Friday unveiled data showing that many Americans with health insurance bought under the Affordable Care Act could face substantial price increases next year — in some cases as much as 20 percent — unless they switch plans.

The data became available just hours before the health insurance marketplace was to open to buyers seeking insurance for 2015.

An analysis of the data by The New York Times suggests that although consumers will often be able to find new health plans with prices comparable to those they now pay, the situation varies greatly from state to state and even among counties in the same state.

Originally, Barack Obama promised that if we liked our current health plans that we could keep them. Well, it turns out that was not true at all. Instead, the vast majority of us will eventually have to move to new plans if we have not done so already. This is particularly true for those that purchase health insurance individually. The following is an excerpt from an NBC News investigation…

Four sources deeply involved in the Affordable Care Act tell NBC News that 50 to 75 percent of the 14 million consumers who buy their insurance individually can expect to receive a “cancellation” letter or the equivalent over the next year because their existing policies don’t meet the standards mandated by the new health care law. One expert predicts that number could reach as high as 80 percent. And all say that many of those forced to buy pricier new policies will experience “sticker shock.”

This is something that actually happened to me. I received a letter in the mail informing me that my new health insurance policy which meets the requirements of Obamacare will cost me nearly twice as much as my old one.

Needless to say, I was not too thrilled about that.

Other Americans are being hit even harder. For instance, one family down in Texas got hammered with a 539 percent rate increase…

Obamacare is named the “Affordable Care Act,” after all, and the President promised the rates would be “as low as a phone bill.” But I just received a confirmed letter from a friend in Texas showing a 539% rate increase on an existing policy that’s been in good standing for years.

As the letter reveals (see below), the cost for this couple’s policy under Humana is increasing from $212.10 per month to $1,356.60 per month. This is for a couple in good health whose combined income is less than $70K — a middle-class family, in other words.

These rate increases are coming at a time when the middle class in the U.S. is already steadily shrinking. A lot of families that are already stretched to the breaking point are making the very painful decision to give up health insurance entirely. At this point, there are millions of families that simply cannot afford it.

But Obama is not about to let those people off the hook. In fact, huge tax penalties are on the way for those that do not participate in the new system…

Penalties for failing to secure a health-insurance plan will rise steeply next year, which could take a big bite out of some families’ pocketbooks.

“The penalty is meant to incentivize people to get coverage,” said senior analyst Laura Adams of InsuranceQuotes.com. “This year, I think a lot of people are going to be in for a shock.”

In 2014, Obamacare’s first year, individuals are facing a penalty of $95 per person, or 1 percent of their income, depending on which is higher. If an American failed to get coverage this year, that penalty will be taken out of their tax refund in early 2015, Adams noted.

While that might be painful to some uninsured Americans who are counting on their tax refunds in early 2015, the penalty for going uninsured next year is even harsher. The financial penalty for skipping out on health coverage will more than triple to $325 per person in 2015, or 2 percent of income, depending on whichever is higher.

No wonder so many people are so angry with the Democrats.

And as Massachusetts Institute of Technology professor Jonathan Gruber has so infamously observed, Obamacare never would have become law if the American people had been told the truth about what it would do to them.

It has been documented that Gruber has visited the White House about a dozen times since 2009, and he has been one of the leading intellectual proponents of Obamacare. A video in which he states that “the stupidity of the American voter” was “really critical” to the passage of Obamacare has gone viral over the past week. I have posted a copy of this video below…

What he is essentially saying is that the Democrats purposely deceived the American people because it was the only way that Obamacare was going to become law.

And this is a man that has become very wealthy advising government on healthcare matters. According to an article in the Washington Post, he has made millions of dollars from “consulting” in recent years…

Not all of the contracts could be found on public Web sites, but here is a sampling. In some cases, Gruber worked with other consultants, so the fees were shared. These figures also might not represent the final payout, and of course these are gross figures, before expenses. But it’s safe to say that about $400,000 appears to be the standard rate for gaining access to the Gruber Microsimulation Model.

Gruber has also earned more than $2 million over the last seven years for an ongoing contract with HHS to assess choices made by the elderly in Medicare’s prescription-drug plan.

If you are Gruber, life is quite good.

But for most of the rest of America, the economic pain continues.

For example, one recent study found that almost half of all Floridians cannot even afford “to pay for basic necessities”…

Nearly half of Florida households do not earn enough to pay for basic necessities, according to a report released Tuesday by the United Way that seeks to cast a light on the large group of state residents who struggle financially but do not meet the official criteria for being in poverty.

While 15 percent of Florida households are below the poverty level, another 30 percent are financially insecure — a figure that also applies to Sarasota and Manatee counties — based on a new measurement developed by the United Way.

If all those people cannot even afford the basics, how are they going to pay for Obamacare?

This law is going to financially cripple millions of American families. It truly is a death panel for the U.S. economy. And because Barack Obama can veto anything that the Republicans in Congress do, we are stuck with it for at least another two years (and probably longer).

Have your health insurance premiums gone up yet?