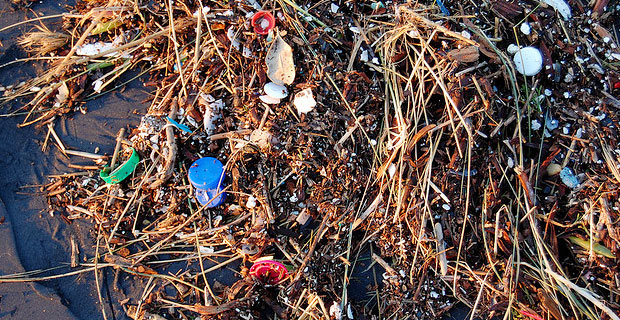 A major new study of the world’s oceans has reached a shocking conclusion: Thanks to humans, there are now over 5 trillion pieces of plastic, weighing more than 250,000 tons, floating in water around the world.

With a global population of about 7.2 billion, that’s nearly 700 pieces per person.

The study, published in the journal PLOS One by Marcus Eriksen of the Five Gyres Institute in Los Angeles and a large group of colleagues, is based on data from 24 separate ocean expeditions, conducted between 2007 and 2013, to sample plastic pollution. Plastic was either observed from boats, or hauled up from the ocean by nets, in 1,571 locations. The data were then used to run an ocean model to simulate the amount and distribution of plastic debris.