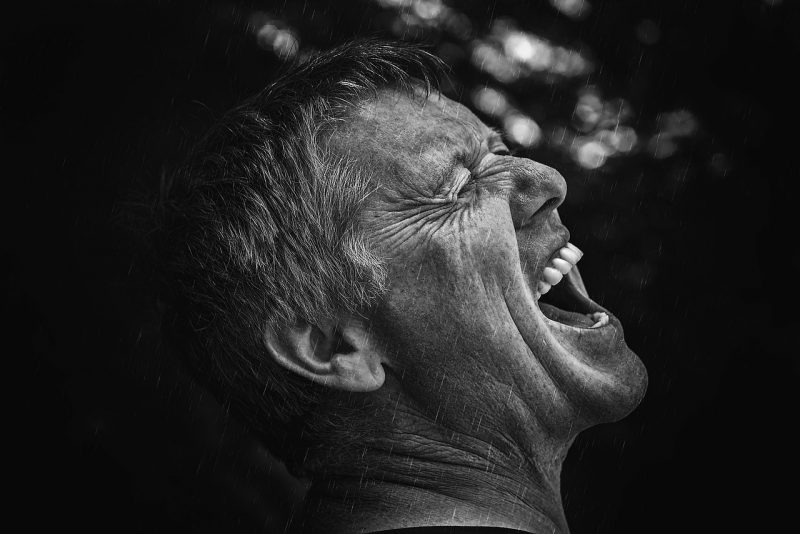 I tried to warn you that the U.S. was going down the exact same path that Venezuela had already traveled.  Once upon a time, Venezuela actually had a thriving middle class, but then a horrific inflation spiral came along and destroyed it.  Thanks to hyperinflation, just about everyone in Venezuela became millionaires, but just about everyone was also pushed into poverty because the currency was essentially worthless.  In order for an economy to thrive, a stable currency is essential, and that is a lesson that our leaders have never learned.  Our politicians in Washington just kept borrowing and spending trillions upon trillions of dollars that we did not have, and the “experts” at the Federal Reserve just kept pumping trillions of fresh dollars into the financial system.  As a result, we now have way too much money chasing way too few goods and services, and this has caused rampant inflation and widespread shortages.

You know that things are bad when even the White House is warning of “extraordinarily elevated” inflation data, and each month the overall inflation rate just continues to go higher and higher.

So how high will it ultimately go?

If our leaders continue to recklessly create giant mountains of money out of thin air, will we eventually start to resemble Zimbabwe or the Weimar Republic?

Needless to say, the American people are becoming extremely concerned about this crisis.  According to CNBC, consumer expectations for inflation are now at the highest level ever recorded, and a new CBS News poll found that 66 percent of Americans say that higher prices have been “difficult or a hardship” for their families.

At this point, just about everyone is feeling the pain.

One recent survey discovered that nearly two-thirds of all Americans are currently living paycheck to paycheck.  So many people that I hear from are just barely scraping by from month to month, and rising inflation is certainly not helping matters.

Just look at what has been happening to home prices.  They are up 32.6 percent over the last two years, and it is being estimated that soaring mortgage rates have now priced 9 million homebuyers out of the market…

The National Association of Realtors (NAR) estimates millions of Americans have been priced out of the housing market since January as sky-rocketing mortgage rates spark an affordability crisis.

Nadia Evangelou, a senior economist and head of forecasting at NAR, said 9 million homebuyers had been priced out of the market. Out of that total, about 3 million millennials.

Meanwhile, everything else is becoming a lot more expensive as well.

The cost of living is rising much faster than our paychecks are, and Americans are increasingly turning to debt in order to help make ends meet.  Unfortunately, the rate at which we are now taking on debt is clearly not sustainable…

Consumer debt rose at the fastest pace in 20 years in February.

Total consumer debt rose by $41.8 billion 11.3% in February, according to the latest data from the Federal Reserve. It was an 11.3% increase year-on-year and the highest rate of growth since November 2001. Analysts had projected a modest $15 billion gain.

And credit card debt is soaring at a particularly alarming pace…

In a highly inflationary environment, families have to continually find larger and larger piles of money just to maintain the same standard of living.

Unfortunately, that is a game that most Americans are going to lose.

Meanwhile, the shortages that we have been witnessing around the nation continue to get even worse.

For example, one mother says that finding Similac has become “almost a full-time job”…

After she visited three different stores in one day, Elyssa Schmier, the vice president of government relations for advocacy group MomsRising, “all of a sudden realized my formula was nowhere to be found. … It’s almost a full-time job trying to find Similac.”

After experiencing the nationwide shortage firsthand, Schmier organized an Instagram Live discussion Friday with Brian Dittmeier, who is the senior director of public policy for the National WIC Association.

But on the other side of the globe things are much worse.

In fact, one Lebanese official just admitted to CNN that Lebanon is already dealing with an extremely severe food shortage…

A shortage of Russian and Ukrainian farm products, combined with long-term economic instability and inflation, is creating a major food shortage in Lebanon, the minister for trade told CNN this weekend.

“In addition to the wheat, we’re having challenges that we’re concerned about two months from today that includes sunflower oil and sugar.”

As I detailed yesterday, we are still only in the very early chapters of this global food crisis.

So what will conditions be like six months or a year from now?

The entire global system is in the process of melting down, and Gerald Celente is warning that we are literally facing “the greatest financial, socioeconomic, and geopolitical crisis in the history of the world”…

Sadly, he is right on target.

Things will get much worse than they are right now, and the nightmare that we are heading toward is going to be far more horrible than most people would dare to imagine.

But even though our leaders can now see the consequences of the decisions that they have made, they are just going to keep injecting more money into the system.

They literally can’t help themselves, and their self-destructive ways have us on a path that leads to national suicide.