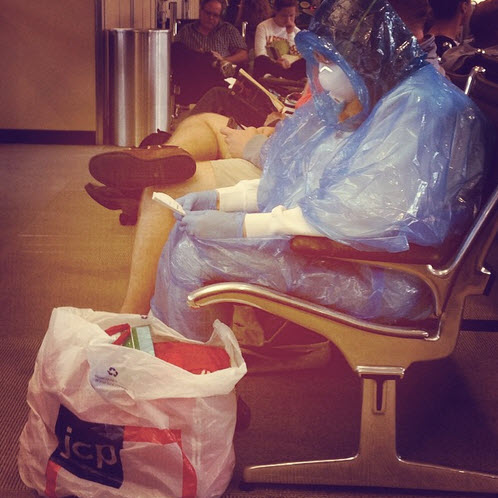 A female passenger dressed in a hazmat suit — complete with a full body gown, mask and gloves — was spotted Wednesday waiting for a flight at the airport. Another traveler snapped a photo of the woman and provided it to The Daily Caller.

Thomas Eric Duncan, the first person to be diagnosed of Ebola on American soil, had a layover at Dulles last month while traveling from West Africa to Texas. He died last week.

Health officials have said that passengers at the airport were not at risk for exposure to Ebola because Duncan was not symptomatic at the time of his flight.