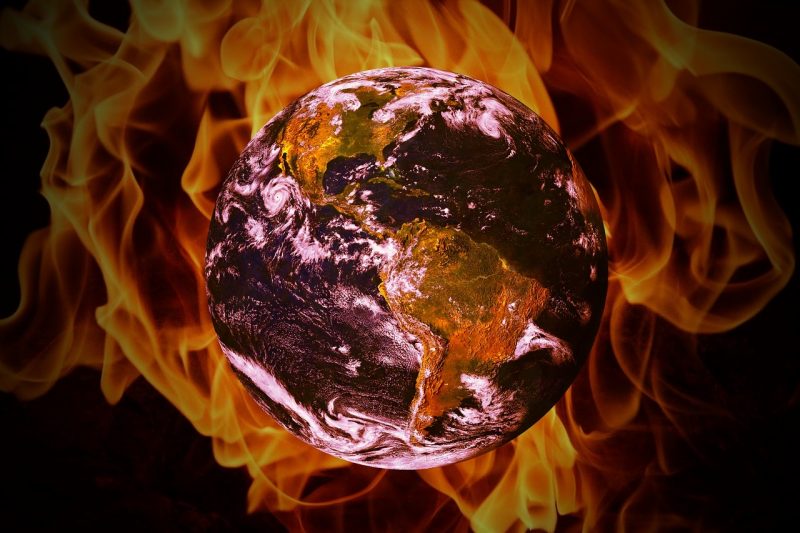 Did you know that a billion sea creatures were just wiped out on the west coast?  And they did not die pleasantly.  The historic “heat dome” that hit the Northwest like a freight train literally cooked them to death.  Needless to say, this is not normal.  In fact, we have never, ever seen anything like this before.  Weather patterns all over the planet are going absolutely nuts, and this is having a devastating impact on many highly vulnerable ecosystems.

I knew that the recent heat wave was really bad, but I didn’t know that it had caused this much destruction.  According to NPR, it is being estimated that the record high temperatures along the west coast killed at least a billion sea creatures…

With the Pacific region hitting record-setting temperatures in the last few weeks, a new study from Canada shows the heat waves’ enormous impact on marine life: An estimated 1 billion sea creatures on the coast of Vancouver have died as a result of the heat, a researcher said.

It is hard for me to wrap my mind around a billion sudden deaths.

Why isn’t the corporate media making a much bigger deal about this?

Can’t they take a break from obsessing over the latest political scandals for just a little bit so that they can report on the things that really matter?

A billion deaths is an unimaginable loss, but Professor Christopher Harley says that the true death toll is probably even higher than that…

But that number is likely to be much higher, said professor Christopher Harley from the University of British Columbia.

“I’ve been working in the Pacific Northwest for most of the past 25 years, and I have not seen anything like this here,” he said. “This is far more extensive than anything I’ve ever seen.”

Harley is comparing a mussel trapped on the beach to “a toddler left in a car on a hot day”.  When the record heat came along, there was nothing that the mussels could do…

“A mussel on the shore in some ways is like a toddler left in a car on a hot day,” Harley told the CBC. “They are stuck there until the parent comes back, or in this case, the tide comes back in, and there’s very little they can do. They’re at the mercy of the environment. And on Saturday, Sunday, Monday, during the heat wave, it just got so hot that the mussels, there was nothing they could do.”

Millions upon millions of sea creatures were literally cooked to death, and the scene along the coast is nothing short of horrifying…

Dead mussels and clams coated rocks in the Pacific Northwest, their shells gaping open as if they had been boiled. Sea stars were baked to death. Sockeye salmon swam sluggishly in an overheated Washington river, prompting wildlife officials to truck them to cooler areas.

This is truly a disaster of biblical proportions.

When are people finally going to start waking up?

According to Harley, when he surveys the immense carnage along the coastline it “feels like one of those postapocalyptic movies”…

“It just feels like one of those postapocalyptic movies,” said Christopher Harley, a marine biologist at the University of British Columbia who studies the effects of climate change on coastal marine ecosystems.

Of course we have witnessed a lot of bizarre “plagues” lately, haven’t we?

Just last week, I wrote about how countless birds are suddenly dropping dead from a “mystery disease” in Washington D.C. and nine eastern states.

And last week I also wrote about the millions of grasshoppers that are relentlessly eating crops in seven western states.  Colossal hordes of voracious grasshoppers are on a rampage, and some of the swarms are so large that they are actually being picked up on radar.

We are being told that it is just a “coincidence” that so many bizarre things are happening all at once, and we are being assured that everything will go back to “normal” very soon.

On top of everything else, now we are learning that “mosquitoes that carry West Nile virus” have been detected in six different states…

Mosquito bites are annoying at best, and, at worst, can lead to illnesses like malaria, Zika virus and West Nile virus. New reports show at least six states are detecting mosquitoes that carry West Nile virus — and humans have contracted the disease in four of these places.

And in four of those states, there have already been confirmed cases of humans testing positive for the virus…

According to the Centers for Disease Control and Prevention (CDC), Arizona, Arkansas, Illinois and Iowa have confirmed cases in humans.

In New York, officials informed residents on July 2 that two groups of mosquitoes tested positive for West Nile virus in Rockland County. No humans have been reported as contracting the disease in New York.

Mosquitoes are testing positive for West Nile virus as far east as New York and as far west as Arizona, and this is the first that we are hearing about this?

What in the world is the corporate media doing?

I just went to the front page of CNN, and I couldn’t find a single story about this.

But there were plenty of stories about how much they hate the things that Trump has been saying lately.

West Nile virus is nothing to mess around with.  If you get infected, it can result in serious illness or even death.

Sadly, instead of keeping us informed, the corporate media would rather rehash old political controversies over and over again.

Perhaps they think that is good for ratings, but the truth is that it should make us all sick to our stomachs.

A billion sea creatures have been wiped out, birds are suddenly dropping dead in vast numbers, millions of grasshoppers are eating our crops, and now mosquitoes are spreading a deadly virus all over the country.

But if you rely on corporate media outlets for your news, you might not be aware that any of these things have happened.

This is just one reason why independent news sources are needed more than ever, and I am so thankful for the faithful readers that have supported my work all these years.