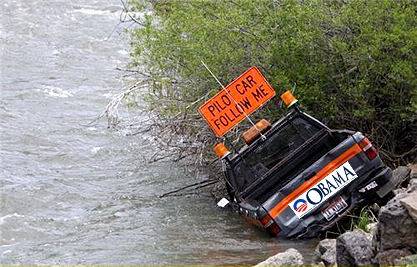 A devastating new Politico poll reveals voters believe America has spun off its axis and is “out of control.”

“An overwhelming majority of voters in the most competitive 2014 elections say it feels as if events in the United States are ‘out of control’ and expressed mounting alarm about terrorism, anxiety about Ebola and harsh skepticism of both political parties only three weeks before the Nov. 4 midterms,” reports Politico.

The poll, which surveyed states and districts in the most competitive congressional races, found that 64% of Americans believe “things in the U.S. feel like they are out of control right now.”

Specifically, the poll found that 84% of voters believe the Islamic State (ISIS) represents a “serious” threat to America. Just 12% said ISIS terrorists do not pose a serious threat.