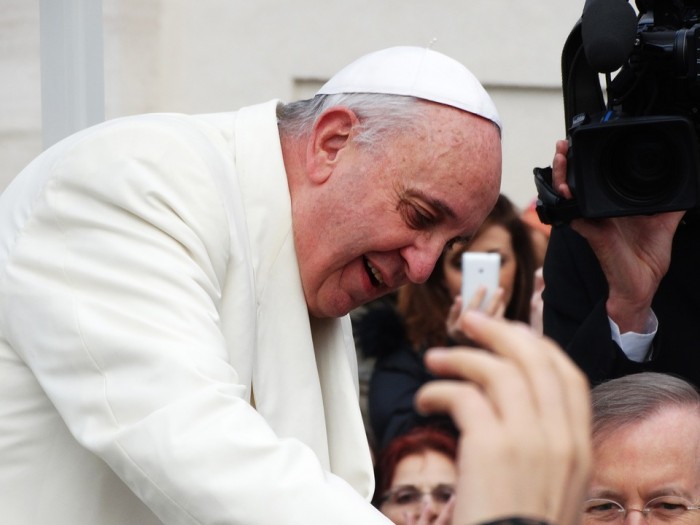 I know that this may sound really bizarre to many of you.  But apparently the Pope really said these things.  The following is an excerpt from an article that has been posted on Life Site News…

“Fundamentalism is a sickness that is in all religions,” Francis said, as reported by the National Catholic Reporter’s Vatican correspondent, Joshua McElwee, and similarly by other journalists on the plane.  “We Catholics have some — and not some, many — who believe in the absolute truth and go ahead dirtying the other with calumny, with disinformation, and doing evil.”

“They do evil,” said the pope. “I say this because it is my church.”

“We have to combat it,” he said. “Religious fundamentalism is not religious, because it lacks God. It is idolatry, like the idolatry of money.”

But the Pope didn’t stop there.

He went on to blame Christians for starting many wars…

“Like everything, there are religious people with values and those without,” he said. “But how many wars … have Christians made? The sacking of Rome was not done by Muslims, eh?”

During his papacy, Francis has made it a point to reach out to leaders from all sorts of different religions.

But apparently his “tolerance” does not extend to those that believe that the Bible is actually true.  And this is not the first time that he has said something like this.  Last year, he publicly stated that there is not any room for “fundamentalism” in Christianity…

Following his first visit to the Middle East as pope last month, the pontiff criticized fundamentalism in Christianity, Islam and Judaism as a form of violence.

Sadly, these comments have not gotten the international attention that they deserve.

If the Pope really does not believe that the Bible is literally true, that would explain a lot.  For example, the Bible tells us that we are to reject other gods, but earlier in his papacy Francis authorized “Islamic prayers and readings from the Quran” at the Vatican for the first time ever…

And as I documented in a previous article entitled “In New York, Pope Francis Embraced Chrislam And Laid A Foundation For A One World Religion“, Pope Francis also apparently believes that Christians and Muslims worship the exact same God.

He truly is setting the stage for a one world religious system, and yet most Christians in the western world don’t seem very alarmed about this at all.

So what do you think about the Pope’s recent statements?