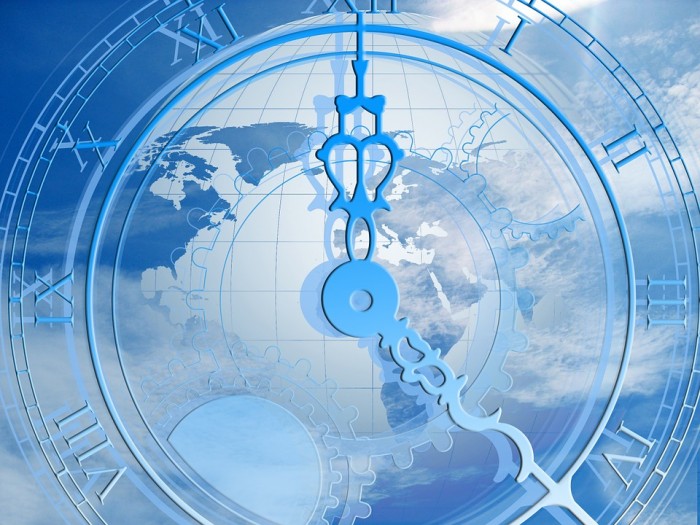 Is it “anti-faith” to prepare for the very hard times that are coming? You would be surprised at how many Christians believe that this is true. Recently, I have been reading a number of articles by Christian leaders that take the position that Christians should not be preppers, and not too long ago I watched two very well known ministers actually mock the idea of preparing for the future on a major Christian television show. To me, this is exceedingly irresponsible. If you don’t want to do anything to get prepared for the very difficult years that are coming that is your business, but don’t urge multitudes of your fellow believers to go down that road with you.

In Matthew 24, Jesus describes what conditions will be like just prior to His return, and He told us that one of the things that we can expect is famine…

7 For nation will rise against nation, and kingdom against kingdom. There will be famines, epidemics, and earthquakes in various places. 8 All these are the beginning of sorrows.

Jesus promises us that famine is coming, and if we truly are entering the period of time that the Bible refers to as “the last days”, this is one of the things that we should fully expect to see.

And yet there are very prominent preachers out there that have taken the liberty to mock other preachers that are actually encouraging their flocks to store up food and supplies.

Well, what are those mocking preachers going to do when things get really crazy and the people in their own congregations don’t have anything to eat?

Are those preachers going to personally feed all of them?

If you can see what is coming and you don’t warn the people, you are going to be responsible for what happens to them.

Without a doubt, it is very clear in the Scriptures that we are not to fear and that we are not to worry. We are repeatedly commanded to trust God with everything in our lives, but does “having faith” mean that we sit back on our couches watching television while we wait for God to do everything for us?

Radical faith almost always involves radical action. God tells us what to do, and then He expects us to trust Him enough to do what He has instructed us to do.

If faith really means doing nothing while God does everything, then why would any of us ever go to work?

Why wouldn’t we just sit back and wait for God to miraculously zap the money that we need into our bank accounts for us?

And why do those that are “living by faith” ever fill up their vehicles with gasoline?

Why don’t they just “trust God” to fill up their tanks every time?

Look, without a doubt God can do incredible supernatural things that require absolutely no participation on our part. I know that this is true, because it has happened to me many times. But the vast majority of the time God works with us and through us. He requires us to take challenging steps of faith and obedience, and in the process He leads us, He guides us, He blesses us and He opens doors for us.

Just look at the example of Noah. God could have certainly built an ark for Noah, or He could have zapped Noah up to some sort of “heavenly waiting area” while the flood happened.

But He didn’t do either of those things.

Instead, God ordered Noah to build a boat that was approximately the size of a World War II aircraft carrier, and then He watched as Noah and his family spent years doing exactly that.

Noah was the very first “prepper” in the Bible, and his radical faith resulted in radical action. In Hebrews 11:7, Noah is commended for this…

7 By faith Noah, being warned of God of things not seen as yet, moved with fear, prepared an ark to the saving of his house; by which he condemned the world, and became heir of the righteousness which is by faith.

Unfortunately, many Christian leaders today mock this kind of effort. They seem to believe that if God wants them to survive what is coming then He will do everything for them.

Another example that we see in the Scriptures is Joseph. In Genesis chapter 41, God showed Joseph that there would be seven good years followed by seven lean years in the land of Egypt.

So how did Joseph respond?

He didn’t sit back and relax knowing that seven good years were ahead. Instead, he implemented the greatest “emergency food storage project” that the world had seen up until that time.

By heeding God’s warning and taking radical action, he ended up saving the nation of Egypt and his entire family as well.

I don’t get why more Christians can’t seem to understand these things. So many of them even admit that incredibly hard times are coming, and yet they accuse me of being “anti-faith” because I am constantly urging my readers to get prepared.

“Now, although I agree with you about the things you write about the corruption of the financial system, and that there will be a collapse, yet I do not agree with you in promoting people to be self-sufficient contrary to the Lord’s teaching. If you truly have God then no provision needs to be made at all for yourself, just trust in God’s providence alone.”

Just consider the implications of what this person was saying. If “no provision needs to be made at all for yourself”, then we should all quit our jobs, empty our bank accounts, quit saving for retirement and cancel our health insurance.

Personally, I want to be radical in trusting God, but trusting God almost always involves doing something.

There are so many passages in the Bible that speak about working hard and preparing for the future. For instance, the following bit of wisdom found in Proverbs 6:6-11 comes from the Modern English Version…

6 Go to the ant, you sluggard!
Consider her ways and be wise.
7 Which, having no guide,
overseer, or ruler,
8 provides her bread in the summer,
and gathers her food in the harvest.

9 How long will you sleep, O sluggard?
When will you arise out of your sleep?
10 Yet a little sleep, a little slumber,
a little folding of the hands to sleep—
11 so will your poverty come upon you like a stalker,
and your need as an armed man.

Approximately one out of every 25 verses in the New Testament is about the last days. God obviously wants us to understand what we are going to be facing, and just like Noah and Joseph, He expects us to take appropriate action.

Unfortunately, most evangelical Christians have been taught that there isn’t any need to get prepared for the future because they are going to be taken off the planet before anything really bad happens. For the first 1800 years of the Christian era, the church did not teach this, but over the past 200 years this new doctrine has become dominant in the western world. It is called “the pre-Tribulation rapture”, and I grew up believing it too.

But you won’t find it anywhere in the Bible. In my new book entitled “The Rapture Verdict“, I spend 37 chapters conclusively proving that Jesus does not come back and gather His bride until the Tribulation is over. It is the clearest and most comprehensive work on the subject anywhere out there, and it is turning out to be one of the most controversial Christian books of 2016.

And even if you believe that a pre-Tribulation rapture is coming, the truth is that America is going to fall before we even get to the Tribulation. This is something that I also cover in my book.

So no matter what your view on Christian eschatology is, we all need to be getting prepared to face the exceedingly difficult times that are immediately ahead of us.

But just like in the days of Noah, most people are going to ignore the warnings, and the mockers are going to continue to mock until judgment begins.

In the end, they and their followers will pay a very great price for not listening to the warnings and not getting prepared while they still had time.