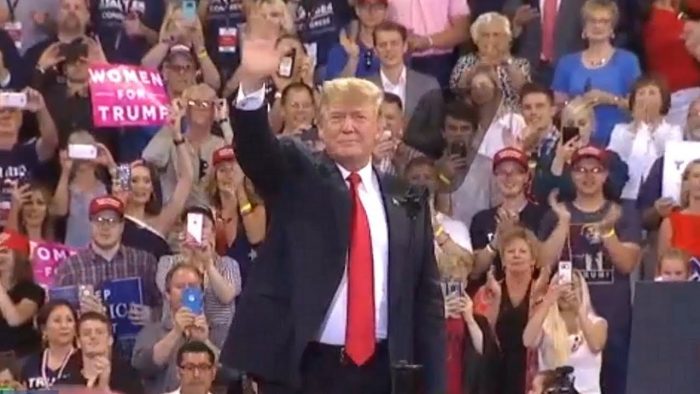 When a protester interrupted his event in Minnesota, President Trump decided to turn the tables are mercilessly mock him as he was being led away…

Trump: “So we have a single protester. He’s going home to his mom. Say hello to mommy” pic.twitter.com/r41noC7rCd

And then Trump followed that up with this zinger…

Trump as a protester is forcibly removed from Minnesota rally: “Was that a man or a woman? Because he needs a haircut more than I do” pic.twitter.com/5QOc3M9lXM

What do you think of Trump’s comments?