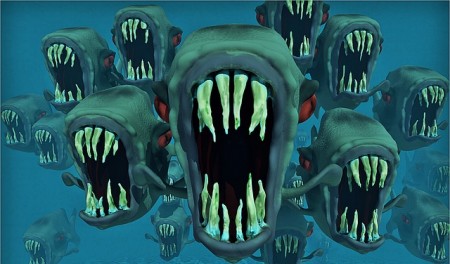 Attention World: You just don’t get it. You think there are magic bullets in some rich country’s freezers that will instantly stop the relentless spread of the Ebola virus in West Africa? You think airport security guards in Los Angeles can look a traveler in the eyes and see infection, blocking that jet passenger’s entry into La-la-land? You believe novelist Dan Brown’s utterly absurd description of a World Health Organization that has a private C5-A military transport jet and disease SWAT team that can swoop into outbreaks, saving the world from contagion? Wake up, fools. What’s going on in West Africa now isn’t Brown’s silly Inferno scenario — it’s Steven Soderberg’s movie Contagion, though without a modicum of its high-tech capacity. Last week, my brilliant Council on Foreign Relations colleague John Campbell, former U.S. ambassador to Nigeria, warned that spread of the virus inside Lagos — which has a population of 22 million — would instantly transform this situation into a worldwide crisis, thanks to the chaos, size, density, and mobility of not only that city but dozens of others in the enormous, oil-rich nation. Add to the Nigerian scenario civil war, national elections, Boko Haram terrorists, and a country-wide doctors’ strike — all of which are real and current — and you have a scenario so overwrought and frightening that I could not have concocted it even when I advised screenwriter Scott Burns on his Contagion script. Inside the United States, politicians, gadflies, and much of the media are focused on wildly experimental drugs and vaccines, and equally wild notions of “keeping the virus out” by barring travelers and “screening at airports.”