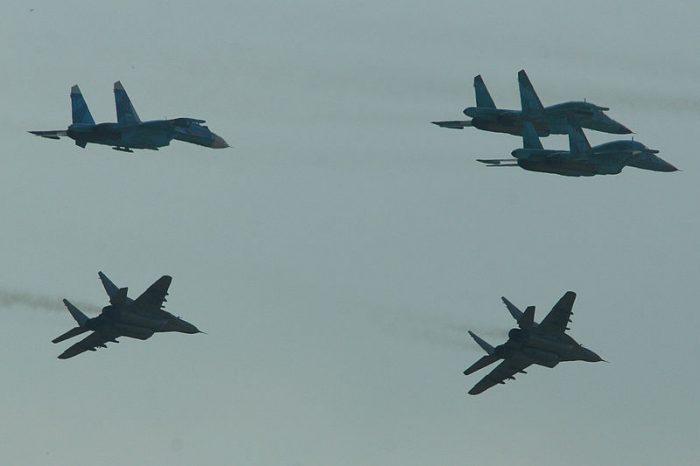 Russian President Vladimir Putin has again scrambled his jets in a snap military drill meant to prepare his air force for a “time of war.”

“In accordance with the decision by the Armed Forces Supreme Commander, a snap check of the Aerospace Forces began to evaluate readiness of the control agencies and troops to carry out combat training tasks,” said Russian Defense Minister Sergey Shoigu, according to Russia’s state-run media.