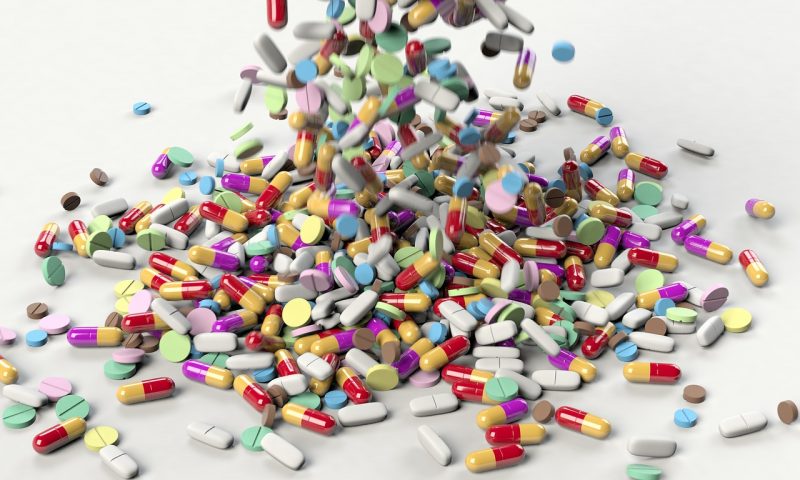 Global supplies of pharmaceutical drugs are getting tighter and tighter, and this has very serious implications for 2022 and beyond.  If you depend upon a certain pharmaceutical drug in order to stay alive, I would recommend doing whatever you can to make sure that you have as much of that drug stockpiled as possible, because a day may come when you are unable to get any more for an extended period of time.  Much of our drug production has been outsourced to China, and our relations with China are not going so well right now.  In fact, the moment that China invades Taiwan we are going to have a major league national crisis on our hands.

Let me try to explain this one step at a time.

As of Jan. 11, 114 drugs were in shortage, according to the FDA’s database of current and resolved drug shortages, which is updated daily. The current tally is a continuation of shortage levels seen last year. In November 2021, the FDA reported 112 drug shortages.

I wanted information that was more up to date than that, so I went over and checked out the latest FDA drug shortage list for myself.

There are 165 entries on the list right now, but 49 of them have been resolved.

Subtracting 49 from 165 gives us a total of 116 pharmaceutical drug shortages in the United States at this moment.

What are people supposed to do if they can’t get the drugs that they need?

Unfortunately, this is another area where we have outsourced a tremendous amount of production to China.

Today, a whopping 97 percent of all antibiotics purchased in the United States come from China.

If our supplies of antibiotics were suddenly cut off, a whole lot of Americans would die.

And it isn’t just antibiotics that we are talking about.  According to one expert, if China suddenly cut off the flow of pharmaceutical drugs many of our hospitals “would cease to function within months, if not days”…

“If China shut the door on exports of medicines and their key ingredients and raw material, U.S. hospitals and military hospitals and clinics would cease to function within months, if not days,” said Rosemary Gibson, author of a book on the subject, “China Rx.”

This is another example that shows why it was so foolish to become so dependent on manufacturing in China.

For years, I railed against all of the outsourcing that was going on.

But our politicians in Washington didn’t want to listen to voices such as mine.

And so now we are in a very precarious position.  If China invades Taiwan, either we have to stand aside and let it happen or we give up most of our medicine.

At this point, things are so bad that we don’t even have a single penicillin plant in the United States anymore…

Other generic drugs whose key ingredients are manufactured in China include medicines for blood pressure medicine, Alzheimer’s, Parkinson’s, epilepsy and depression, Gibson says.

The Chinese have the ability to bring us to our knees without firing a single shot.

They have outmaneuvered our clueless leaders every step of the way, and most Americans didn’t even realize what was happening.

Of course it isn’t just pharmaceutical drugs that are the problem.  Western nations have outsourced the production of nearly everything, and now we are facing widespread global shortages that are unlike anything we have ever seen before.  I included the following quote in an article that I posted yesterday, but I think that it is so important that I am going to share it again…

In a time when social networks have been swamped with photos of empty shelves from across the nation, Goldman’s head commodity strategist and one of the closest-followed analysts on Wall Street, said he’s never seen commodity markets pricing in the shortages they are right now.

“I’ve been doing this 30 years and I’ve never seen markets like this,” Currie told Bloomberg TV in an interview on Monday. “This is a molecule crisis. We’re out of everything, I don’t care if it’s oil, gas, coal, copper, aluminum, you name it we’re out of it.”

I don’t know if I have sufficient words to express the seriousness of what we are now facing.

A horrifying global meltdown has already begun, and it is only going to get worse.

Earlier today, I came across a video clip in which former BlackRock executive Edward Dowd warned that “we are at the end days here”.

Needless to say, he was specifically addressing the state of the financial markets, but his statement could definitely be applied on a much broader basis.

We have entered a period of great crisis, but many people still don’t understand this.

A lot of times, people don’t grasp what is taking place until it affects them personally.  In recent weeks, I have gotten emails from numerous readers about the issues that they are encountering at their local pharmacies.  In the old days, getting drugs that were prescribed was a snap, but now there are times when people have had to wait weeks or even months to get their drugs.

If you still believe that this is “temporary”, you haven’t been paying attention.

Our entire system is melting down, and what we have experienced so far is just the beginning.