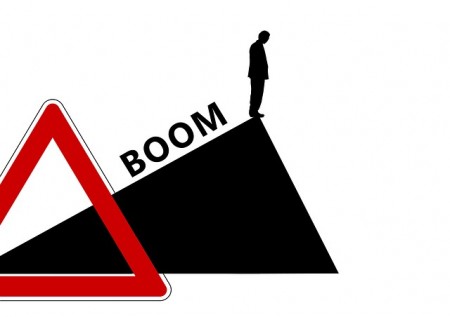 About 47 percent of stocks in the Nasdaq Composite Index are down at least 20 percent from their peak in the last 12 months while more than 40 percent have fallen that much in the Russell 2000 Index and the Bloomberg IPO Index. That contrasts with the Standard & Poor’s 500 Index, which has closed at new highs 33 times in 2014 and where less than 6 percent of companies are in bear markets, data compiled by Bloomberg show.

The divergence shows the appetite for risk is narrowing as the Federal Reserve reins in economic stimulus after a five-year rally that added almost $16 trillion to equity values. It’s been three years since investors saw a 10 percent decline in the S&P 500 and they’re starting to avoid companies that will suffer the most when the market stumbles, said Skip Aylesworth, a portfolio manager for Hennessy Funds in Boston.

“The small caps have had big runs and tend to get ahead of themselves,” Aylesworth said in a Sept. 10 phone interview. Hennessy Funds oversees about $5 billion. “It’s kind of like the tortoise and the hare, and they’re the hare. But then they get expensive, and when the market corrects, they get whacked.”