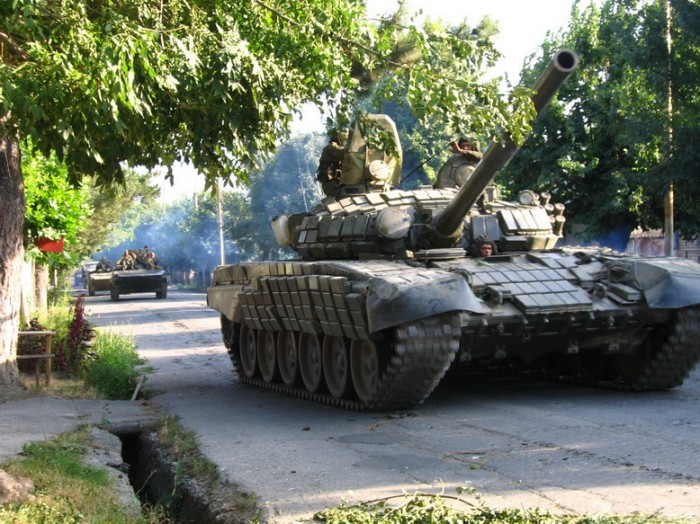 While most Americans discount the possibility of a major conflict with Russia, Europeans who have seen two great wars in the last century know better.

The country of Lithuania, much like its neighbors, is preparing for a full-out invasion by Russian forces and their government is issuing a survival manual to its citizens. Though the complete details have yet to be released, the manual, among other things, advises citizens to “keep a sound mind, don’t panic and don’t lose clear thinking.”

Lithuanian Defense Minister Juozas Olekas unveiled the 100-page public information pamphlet last Tuesday at a press conference in Vilnius. The book, “How to act in extreme situations or instances of war” aims to educate the country’s citizens on what to do in the case of an invasion.

The manual instructs Lithuanians how to “act during the organization of civil resistance, but also how to act under battlefield conditions,” in addition to containing information on governmental changes following a declaration of war and procedures for evacuating a building, according to Olekas.

The book suggests demonstrations and strikes or “at least doing your job worse than usual” as means of resisting foreign occupation. It also advises citizens to use social media to organize resistance and promotes staging cyber-attacks against the enemy.

In typical government fashion, the manual seems to discount the possibility that a Russian invasion will include the horrors often associated with war, advising citizens not to worry because “gunshots just outside your window are not the end of the world.”

Of course, should gunshots erupt outside of your window as a result of a massive onslaught of tanks, armored personnel carriers and infantry, it would be, by definition, the end of the world one has come to know.