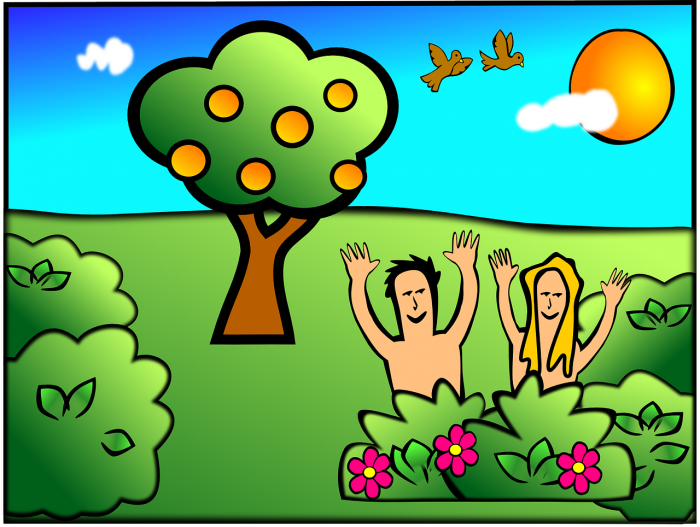 The more that science progresses, the more confirmation that we get that the Bible is actually true, and in this article I am going to share two brand new examples of this. The first example is a brand new study in which scientists examined the “genetic bar codes” of five million animals, and what they discovered threatens to throw evolutionary theory into an utter state of chaos. Because according to their research, every single person on the entire planet originally came from one man and one woman…

Scientists surveyed the genetic ‘bar codes’ of five million animals – including humans – from 100,000 different species and deduced that we sprang from a single pair of adults after a catastrophic event almost wiped out the human race.

These bar codes, or snippets of DNA that reside outside the nuclei of living cells, suggest that it’s not just people who came from a single pair of beings, but nine out of every 10 animal species, too.

Of course those that have read the Bible already know that we all came from one man and one woman.

Their names were Adam and Eve.

But these scientists certainly did not intend to confirm the account of creation that we find in the Scriptures. In fact, one of the lead scientists said that he fought against the ultimate conclusion that the study reached “as hard as I could”…

Stoeckle and Thaler, the scientists who headed the study, concluded that ninety percent of all animal species alive today come from parents that all began giving birth at roughly the same time, less than 250 thousand years ago – throwing into doubt the patterns of human evolution.

‘This conclusion is very surprising,’ Thaler admitted, ‘and I fought against it as hard as I could.’

Why did he fight so hard against what the hard science so obviously demonstrated?

Well, it was because it did not fit with what he had been taught all his life.

We all have beliefs about how the world is supposed to work, and when something comes along that shatters our preconceived notions, it can be deeply upsetting.

The second brand new example of science confirming the Bible comes from the Middle East.

According to Science News, a “superheated blast from the skies” wiped out cities north of the Dead Sea approximately 3,700 years ago…

A superheated blast from the skies obliterated cities and farming settlements north of the Dead Sea around 3,700 years ago, preliminary findings suggest.

Radiocarbon dating and unearthed minerals that instantly crystallized at high temperatures indicate that a massive airburst caused by a meteor that exploded in the atmosphere instantaneously destroyed civilization in a 25-kilometer-wide circular plain called Middle Ghor, said archaeologist Phillip Silvia. The event also pushed a bubbling brine of Dead Sea salts over once-fertile farm land, Silvia and his colleagues suspect.

Does that sound familiar?

According to this new research, some of “the strongest evidence” of this “blast from the skies” came from an ancient city known as Tall el-Hammam.

And according to other research that had been conducted years earlier, Tall el-Hammam is likely the ancient location of “the Biblical city of Sodom”…

Some of the strongest evidence for a low-altitude meteor explosion was found at the remains of the city of Tall el-Hammam, where radiocarbon dating shows that the mud-brick walls of nearly all structures were suddenly wiped out 3,700 years ago.

Other remarkable finds show that the outer layers of pieces of pottery seemed to have melted into glass, as a result of extremely high temperatures.

The Times of Israel pointed to other archaeological research, such as a 2013 Biblical Archaeology Review article by TeHEP co-director Dr. Steven Collins, revealing that the Tall el-Hammam site offers evidence it could have been the Biblical city of Sodom.

So it appears that science may have just confirmed the Biblical story of Sodom and Gomorrah.

A point that I frequently like to make is that we should never be afraid to go where the evidence leads us.

Today, most churches never even teach on the evidence for the Christian faith, but the truth is that there is a mountain of evidence that shows that Christianity is true. And science continues to confirm the Bible over and over again, but most people never hear about any of these discoveries.

That is one of the reasons why I have created this website. I like to write about important discoveries that are ignored by the big mainstream news networks, and there is so much going on in this world that people need to know about.

The truth is out there – but if you only rely on the big mainstream news networks you will never hear about most of it.