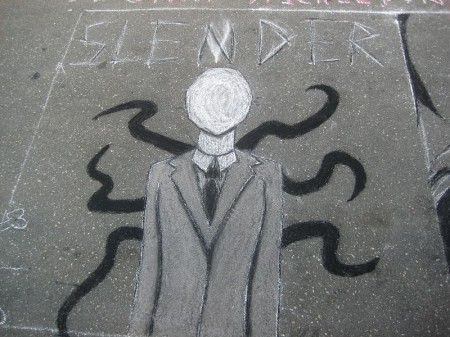 A man accused of killing two cops and a civilian before committing suicide with his wife in Las Vegas on Sunday often dressed up in costume as Slender Man, a neighbor told KTNV.

And a Cincinnati mom told WLWT she thinks her daughter may have been inspired by Slender Man when she attacked her with a knife in their kitchen, wearing a hood and white mask.