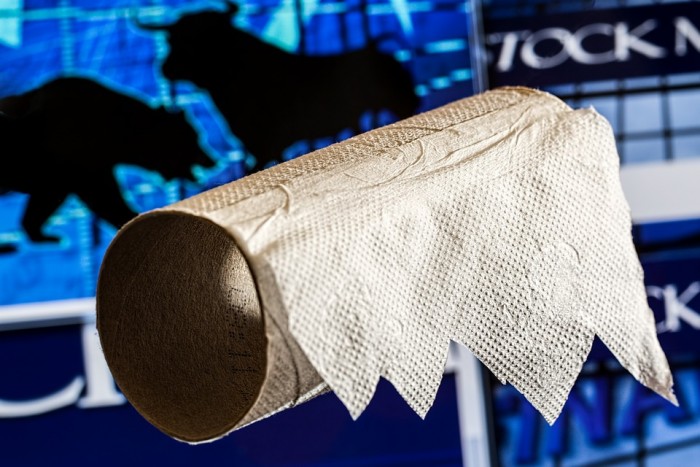 We have never had a year start the way that 2016 has started. In the U.S., the Dow Jones Industrial Average and the S&P 500 have both posted their worst four-day starts to a year ever. Canadian stocks are now down 21 percent since September, and it has been an absolute bloodbath in Europe over the past four days. Of course the primary catalyst for all of this is what has been going on in China. There has been an emergency suspension of trading in China two times within the past four days, and nobody is quite certain what is going to happen next. Eventually this wave of panic selling will settle down, but that won’t mean that this crisis will be over. In fact, what is coming is going to be much worse than what we have already seen.

On Thursday I was doing a show with some friends, and we were amazed that stocks just seemed to keep falling and falling and falling. The Dow closed down 392 points, and the NASDAQ got absolutely slammed. At this point, the Dow and the NASDAQ are both officially in “correction territory”, and some of the talking heads on television are warning that this could be the beginning of a “bear market”. But of course some of the other “experts” are insisting that this is just a temporary bump in the road.

But what everyone can agree on is that we have never seen a start to a year like this one. The following comes from CNN…

The global market freakout of 2016 just got worse.

The latest scare came on Thursday as China’s stock market crashed 7% overnight and crude oil plummeted to the lowest level in more than 12 years.

The wave of selling has knocked the Dow down 911 points, or more than 5% so far this year. That’s the worst four-day percentage loss to start a year on record, according to FactSet stats that go back to 1897.

When CNN starts sounding like The Economic Collapse Blog, you know that things are really bad. I particularly like their use of the phrase “global market freakout”. I might have to borrow that one.

Even some of the biggest and most trusted stocks are plummeting. For instance, Apple dropped to $96.45 on Thursday. It is now down a total of 28 percent since hitting a record high of more than 134 dollars a share back in April.

So that means that if someone put all of their retirement money into Apple stock last April (which may have seemed like a really good idea at that time), by now more than one-fourth of that money is gone.

For months, I have been warning that the exact same patterns that we witnessed just prior to the great stock market crash of 2008 were happening again. To me, the parallels between 2008 and 2015/2016 were just uncanny. And now other very prominent names are making similar comparisons. According to the Washington Post, George Soros says that the way this new crisis is unfolding “reminds me of the crisis we had in 2008″…

Influential investor George Soros said that China had a “major adjustment problem” on its hands. “I would say it amounts to a crisis,” he told an economic forum in Sri Lanka, according to Bloomberg News. “When I look at the financial markets, there is a serious challenge which reminds me of the crisis we had in 2008.”

Don’t get me wrong – I am certainly not a supporter of George Soros. My point is that we are starting to hear a lot of really ominous talk from a lot of different directions. All over the world, people are starting to understand that the next great financial crisis is already here.

As I write this tonight, I just feel quite a bit of sadness. A lot of hard working people are going to lose a lot of money this year, and that includes people that I know personally. I wish that my voice had been clearer and louder. I wish that I could have done more to get people to understand what was coming. I wish that my warnings could have made more of a difference.

I just think about how I would feel if everything that I had worked for all my life was suddenly wiped out. And that is what is going to end up happening to some of these people. When you lose everything, it can be absolutely debilitating.

You only make money in the markets if you get out in time. And unfortunately, most of the general population will be like deer in the headlights and won’t know which way to move.

There will be up days for the markets in our near future. But don’t be fooled by them. It is important to remember that some of the greatest up days in U.S. stock market history were right in the middle of the stock market crash of 2008. So don’t let a rally fool you into thinking that the crisis is over.

The financial crisis that began in the second half of 2015 is now accelerating, and everything that we have witnessed over the past few days is just a natural extension of what has already been happening.

Personally, I am just really looking forward to this weekend when I will hopefully get caught up on some rest. Plus, my Washington Redskins will be hosting a playoff game on Sunday, and if they find a way to win that game that will put me in a particularly positive mood.

It is good to enjoy these simple pleasures while we still can. Unprecedented chaos is coming this year, and we are all going to need strength and courage for what is ahead.