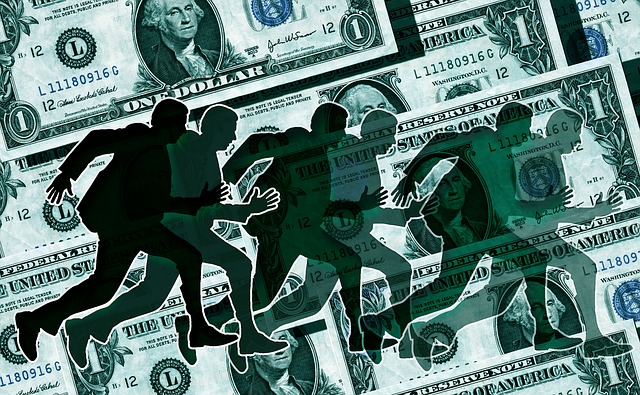 (By David Haggith of the Great Recession Blog) In a dynamite interview, Richard Fisher, former president and CEO of the Federal Reserve Bank of Dallas, gave what may be the biggest confession you’ll ever see and hear from a Federal Reserve insider: the Federal Reserve knowingly “front ran” the US stock market recovery (i.e., manipulated the market) and created a huge asset bubble. Fisher expresses certainty that the “juiced” stock market will come down and is coming down now that the Fed has taken its foot off the accelerator … and that it has a long way yet to go.

While that is no news to readers here whose eyes are wide open, a “market put” has been denied by the Fed and by many market advisors. That the market was an overinflated bubble created by the Fed has been denied, too; but Fisher clearly and gleefully admits the Fed created a bubble that will have to deflate now that the Federal Reserve’s stimulus is off.

As one of the members of the Federal Reserve’s FOMC (the Federal Open Market Committee, which sets US monetary policy), Richard Fisher participated in and voted on all of the Fed’s policies of zero interest and quantitative easing, so he has inside knowledge of all the discussions behind the scenes at the Fed.

Here are the significant quotes from Richard Fisher on CNBC’s video:

What the Fed did — and I was part of that group — is we front-loaded a tremendous market rally, starting in 2009.

It’s sort of what I call the “reverse Whimpy factor” — give me two hamburgers today for one tomorrow.

I’m not surprised that almost every index you can look at … was down significantly. [Referring to the results in the stock market after the Fed raised rates in December.]

Basically, we had a tremendous rally, and I think there’s a great digestive period that is likely to take place now, and it may continue.

We front-loaded at the Federal Reserve an enormous rally in order to accomplish a wealth effect.

I wouldn’t blame [what is happening in the market’s now] on China. We’re always looking for excuses.

I wasn’t surprised at last year. And I wouldn’t be surprised at a rather fallow performance this year as well.

A lot of people are building cash positions…. Those [investors] that are taking a longer term view are being extremely cautious here, are raising their cash levels, are nervous about the valuations that are in the market.

The values are very richly priced here, so I could see significant downside.

Asked if saw a big unwind from the Fed’s 6.5-year policy and what it would look like on the way down, Fisher responded,

I was warning my colleagues, “Don’t go wobbly if we have a 10-20% correction at some point…. Everybody you talk to … has been warning that these markets are heavily priced.

The Federal Reserve is a giant weapon that has no ammunition left.

It’s about time for breaking the economic denial. Acknowledging reality is what many in the mainstream media, at the Fed, and among economists and stock analysts refused to do.

Now that the US stock market appears to be crashing, is Richard Fisher’s confession to cover his own hind end, by saying, “I warned the guys about this, and I voted against QE3 because I knew it went too far?” Is he just the first rat to flee the sinking ship, or is he just the most honest of Fed officials who is no longer on the board so feels freer to talk?

Your thoughts? (And please pass the confession along so that it gets lots of play time because you don’t get a confession like this about the inner arguments of the Fed very often. I imagine Yellen is doin’ a little yellin’ right now.)