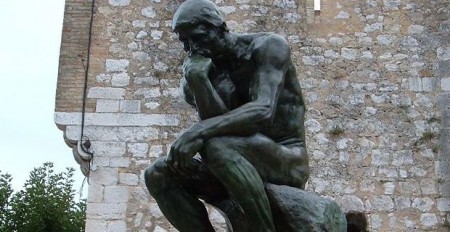 A shocking (pun intended) new study provides salvo for those who argue that the attention span of the general population is slowly eroding away to non-existence, finding that people would rather self administer electric shocks than just sit in an empty room thinking for fifteen minutes.

The argument that electronic devices, gadgets, and the allure of tools such as Facebook and Twitter, are causing our attention to dwindle and making us become more easily distracted is a common one.

Academics at Harvard and the University of Virginia began the study, entitled Just think: The challenges of the disengaged mind, by placing subjects into an empty room for between six and fifteen minutes, telling them to do nothing other than think to themselves.

When the allotted time was up the researchers asked the people if they had enjoyed the quiet time. Around 50 percent said they had not enjoyed it, and that they had found it difficult to concentrate on anything, finding that they could not focus on a particular subject without their mind wandering.

When the experiment was repeated, but within people’s own homes, the subjects noted that they enjoyed the process even less, with a third of them admitting that they had simply given up and checked their phones or started surfing the internet.