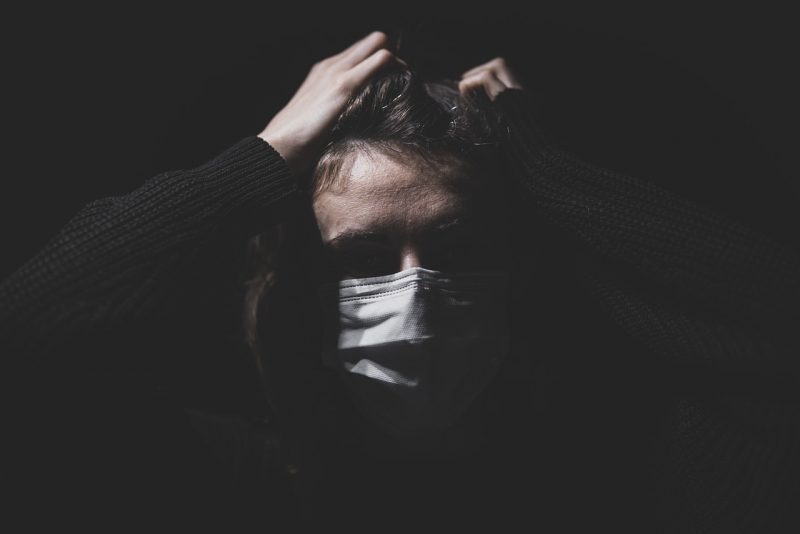 This pandemic just entered an alarming new phase.  The new mutant strain of the virus commonly known as “Super COVID” has been creating a tremendous amount of panic in the UK, and cases have also been confirmed in Canada, Italy, France, Germany, Spain, Sweden, Switzerland, Denmark, the Netherlands, Australia, Japan, Singapore, India, Lebanon and the United Arab Emirates.  But until Tuesday there were no known cases in the United States, and many were urging for travel restrictions to be instituted in order to keep it from gaining a foothold here.  Unfortunately, it appears that it is now too late for that, because a case of “Super COVID” has now been identified in Colorado…

Colorado has announced it has detected the first US case of the super-COVID strain that was first found in the UK.

Governor Jared Polis revealed the worrying news in a tweet, writing: ‘Today we discovered Colorado’s first case of the COVID-19 variant B.1.1.7, the same variant discovered in the UK. The health and safety of Coloradans is our top priority and we will monitor this case, as well as all COVID-19 indicators, very closely.’

If this individual had traveled out of the country recently, it would have been easy to assume that he caught it while abroad, but we are being told that he “has no travel history”…

The patient is a man in his 20s who is recovering in isolationin Elbert County, outside Denver. He has no travel history and no close contacts. Public health officials were conducting an investigation.

So that means that he caught “Super COVID” from someone else here in the United States.

And that means that we have probably already lost any chance of containing it.

But that doesn’t mean that we should be scared of this new mutant strain.

Scientists in the UK insist that this strain is “70 percent more infectious”, and that might explain why the case numbers in the UK are exploding right now.

However, on the CDC website we are being told that “there is no evidence that this variant causes more severe illness or increased risk of death”.

So that is good news.

Moving forward, health authorities will be watching carefully to see if “Super COVID” ends up becoming the dominant strain here in the United States.  Unfortunately, that appears to be precisely what is taking place in the UK…

It was first spotted in September in southeastern England. The new variant accounted for a quarter of cases in London by November. By the week of Dec. 9, it was responsible for 60% of cases in the city. London and large areas of southern England are under lockdown measures, and dozens of nations have banned travel from the U.K.

Many are concerned that the new vaccines may not work against this new mutant strain.

At this point, scientists continue to say that they “believe” that the vaccines will work against it, and tests are being conducted.

But so far there have been no big public announcements indicating that any of the tests have been successful.

You can take that any way that you want.  Perhaps more time is still needed, but even if preliminary results were promising I think that we would have heard something by now.

And if the existing vaccines do not work against “Super COVID”, that means that authorities will have to go all the way back to square one.

Of course there are a lot of questions about how effective these vaccines will actually be against the current dominant strain.  This week, we learned that a doctor in New York was diagnosed with COVID four days after being vaccinated…

A New York doctor was diagnosed with the coronavirus four days after he received the first dose of the Pfizer coronavirus vaccine, Ynet reported.

The case occurred at Montefiore Hospital in New York.

On the west coast, a nurse in San Diego was diagnosed with COVID eight days after getting a vaccine…

Six days later he came down with the chills, muscle aches and fatigue after working a shift in a COVID-19 unit.

Two days later and still under the weather, Matthew took a COVID-19 test that came back positive.

Needless to say, neither of them had gotten a second shot yet, and we are being told that a second shot is required in order to have “full protection”.

But most of the major side effects happened after the second shot during the trials.

So that is a huge concern.

And a lot of people are having major side effects after getting the first shot.  Here is just one example…

Dr. Hossein Sadrzadeh, of Boston Medical Center, received the vaccine on Thursday, and at first believed he was experiencing anxiety related to the shot, he told NBC 10 Boston. When his tongue started tingling and then turned numb, he realized his was dealing with a reaction.

“My blood pressure was really down, so this is the time that I knew that this was anaphylactic shock,” he told the news outlet. “My heart rate is up, I’m sweating so my blood pressure is really down. I’ve had this before so I had my EpiPen and I administered myself.”

There has been so many reports of adverse reactions in the news, and a video testimony from a nurse in Tennessee is spreading like wildfire on social media right now.

Ironically, these people may be going through all of this for nothing if “Super COVID” becomes the dominant strain and the new vaccines end up being totally ineffective against it.

As I have warned so many times, we have entered an era of global pestilences, and I believe that what we have experienced so far is just the beginning.

Yes, we should take “Super COVID” seriously, but don’t be afraid of it.

Even the World Health Organization is saying that this is “not necessarily the big one”.

There have been absolutely massive killer pandemics all throughout human history, and there will be more in our future.

So if COVID is throwing our society into a state of complete and utter chaos, what will things look like when a truly deadly pandemic finally arrives?