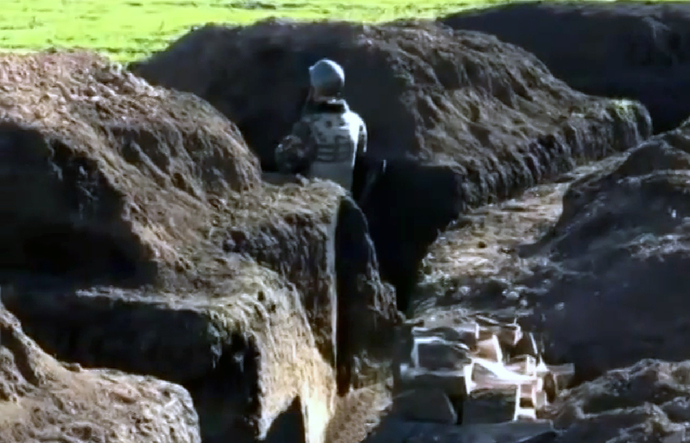 Let’s be honest about what is really going on in Ukraine.  The United States is providing most of the funding, most of the equipment, most of the ammunition, most of the high level intelligence and much of the training.  That makes the United States a direct participant in the conflict.  Yes, many other NATO countries are also contributing in various ways, and that makes them direct participants as well.  But the mainstream media here in the western world continues to insist that this is Ukraine’s war and that we are just helping them out.  Without a doubt, Ukraine has lost an enormous number of soldiers over the course of 2022, but at this point the Ukrainians are really a junior partner in the war.  If the U.S. and NATO had not intervened on an epic scale, the war would already be over and Russia would have won.  Unfortunately, now that we are so deeply invested in the conflict there is no easy way out, and that has very serious implications for all of us.

So much of the death and destruction that we have already witnessed could have been avoided so easily, and we should be constantly pushing our politicians to find a peaceful way out of this mess before nuclear weapons are used.  Back in 2020, I published a book in which I specifically warned that war with Russia would be coming, and a lot of people thought that I was nuts to say such a thing.  But sure enough we now have a war with Russia.

And the Russians are very clear about who they are really fighting.  Earlier this month, Russian Foreign Minister Sergey Lavrov boldly declared that the U.S. and NATO are “directly participating” in the conflict in Ukraine…

“You shouldn’t say that the US and NATO aren’t taking part in this war, you are directly participating in it,” Lavrov said in a video call with reporters. “And not just by providing weapons but also by training personnel. You are training their military on your territory, on the territories of Britain, Germany, Italy, and other countries.”

I wish that this wasn’t true.

Sadly, in this particular case Lavrov is quite correct.

Most Americans don’t realize this, but Ukrainian soldiers are being flown into the United States all the time.  The following comes from a BBC article about one location in Kansas where Ukrainian officers have been receiving “strategic training”…

Senior-level Ukrainian officers have been studying in the US state of Kansas, thousands of miles from Russia’s invasion and the battlefields of Donbas.

Outside the Fort Leavenworth army base, wheat fields are starting to turn. Wide, open prairie land, with softly rolling hills, stretches for miles, and the sky is huge.

This quintessentially Kansas landscape has become the backdrop for generations of international soldiers, who head to the US base to receive strategic training.

Of course Ukrainians are also being trained in the UK and in other NATO countries as well.

Unless we actually want to be considered direct participants in the war, we should not be doing this.

All of us should also be deeply alarmed by how much money we are giving to Ukraine.

According to the Kiel Institute, as of October 3rd the U.S. had already given 54.43 billion dollars worth of military and non-military aid to the Ukrainians…

Eventually I tracked down a database operated by the Kiel Institute, a German think tank. They have been tracking total military and non-military aid to Ukraine since the beginning of the conflict. Their numbers include all aid from Jan. 24, 2022 to Oct. 3, 2022 (the data is scheduled for an update on Dec. 6).

According to Kiel, the U.S. has transferred military and non-military aid worth $54.43 billion to the government of Ukraine. The database Kiel has maintained is by far the most granular and detailed accounting of what the U.S. government has provided to Ukraine, including descriptions of the individual batches of military equipment. If you’re interested, you can check it out here.

Needless to say, more aid has been authorized for the Ukrainians since October 3rd.

So the grand total is even higher now.

At this point we have actually spent far, far more money on the war than the Ukrainians have.

The Ukraine military is now outfitted with cutting edge equipment and ammunition, but all of that money is being spent in other ways as well.

Vast hordes of international mercenaries have been hired to fight, and your tax dollars are paying for them.

You see, the truth is that the Ukrainian army that existed at the beginning of the war has mostly been destroyed.  To replace them, Ukraine conscripted a whole bunch of new soldiers, and they also hired large numbers of mercenaries from other nations in Europe.

Yes, there are some western Europeans and Americans among the mercenaries, but the vast majority of them appear to be from the poorer countries of eastern Europe.

Unfortunately, most of us don’t seem to care that these poor mercenaries are being fed into an endless meatgrinder that is unlike anything that we have seen since the worst days of World War I…

As Russia moved fresh formations to the area in recent weeks, including reinforcements previously in the Kherson region, the fighting in the Bakhmut sector has descended into trench warfare reminiscent of the first world war.

Over the weekend, images emerged of Ukrainian soldiers in flooded, muddy trenches and battlefields dotted with the stumps of trees cut down by withering artillery barrages.

For a moment, I would like for you to consider what it is like to be a soldier on the front lines in eastern Ukraine.

Imagine standing in a muddy trench that is filled up with water up to your waist.  Your teeth are chattering like crazy because of the bitter cold, but you don’t dare crawl out of the trench because you are likely to be killed.  Your socks are soaked, your underwear is soaked and everything else you are wearing is soaked.  Both sides are endlessly shelling one another, and so it is almost impossible for you to sleep.  There are dead bodies all around you for as far as the eye can see, and you just hope that you will be able to make it through another day somehow.

At military hospitals all across eastern Ukraine, there is an endless parade of the dead and the wounded.  The following comes from the New York Times…

For almost an hour, the stream of Ukrainian casualties in the eastern city of Bakhmut seemed unending: Ambulances, an armored personnel carrier and private vehicles all screamed to a halt, one after another, and disgorged the wounded in front of the city’s only military hospital.

A soldier propped up by his comrades, his face a mass of mangled flesh, walked in the main gate. The dark green stretcher that awaited him was one of several still covered in blood.

Sadly, there is no end to the war in sight.

In fact, both sides just continue to escalate matters.  The Ukrainians are now regularly shelling targets inside Russian territory, and the Russians are now systematically going after power and water systems all over Ukraine.

This is going to be an extremely bitter winter for both the Ukrainians and the Russians.

And as this war intensifies, there is a growing risk that someone could eventually use weapons of mass destruction.

Once that happens, there will be no going back.