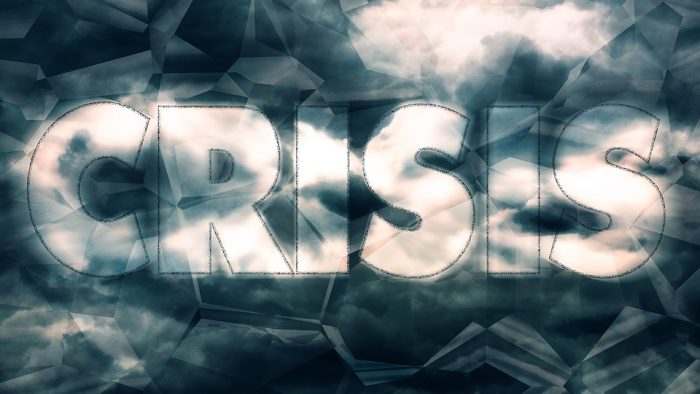 We haven’t seen this kind of a bloodbath on Wall Street since the great financial crisis of 2008. Prior to this week, the largest single day decline for the Dow Jones industrial average that we had ever seen was 777 points. That record was absolutely shattered on Monday when the Dow fell 1,175 points, and on Thursday the Dow dropped another 1,032 points. This was the third decline greater than 500 points within the last five trading days, and the Dow is poised to post its worst week since the dark days of October 2008. So is this just a “correction”, or has the financial crisis of 2018 officially arrived?

At this point, many of the experts are pointing to the bond market as the primary reason why stock prices are crashing. The following comes from CNBC…

There’s a not-so-quiet rebellion going on in the bond market, and it threatens to take 10-year yields above 3 percent much faster than expected just a few weeks ago.

As a result, the bumpy ride for stocks could continue for a while.

And without a doubt, analysts such as Jeff Gundlach clearly warned that there would be big trouble for stocks as bond yields rose…

Gundlach had correctly predicted that if the 10-year U.S. Treasury note yield went above 2.63 percent, U.S. stock investors would be spooked.

The 10-year yield is currently trading around 2.83 percent. Gundlach said it is “hard to love bonds at even a 3 percent” yield. “Rising interest rates are a problem and the U.S. is in debt and there is massive bond supply,” Gundlach said.

Moving forward, it will be important to keep a close eye on bond yields. Every time they start going back up, we are likely to see stock prices go down…

“We’re in a vicious cycle here. If the yields go up, you have to sell stocks. If you sell stocks, and they crash, yields come back down,” said Art Hogan, chief market strategist at B. Riley FBR.

The bond market’s struggle to price in higher interest rates has been kneecapped each time the stock market reacts and sells off. Strategists expect the two markets to ultimately find an equilibrium but not without more sharp swings.

This is one of the reasons why the budget deal going through Congress right now is such a bad idea. Hundreds of billions of dollars of additional spending on top of what we are already doing is going to push up bond yields, and that is just going to make the pressure on Wall Street even worse.

Of course the folks over at the Federal Reserve could intervene, but they don’t seem inclined to do that at this point. Late last year the Fed finally removed artificial life support from the financial system, and at first everything seemed to be going well. But now a new crisis is brewing, and we shall see if the Fed still remains determined to keep raising rates. The following comes from Peter Schiff…

“The Fed were dragging their feet in raising rates while Obama was president. They talked about raising rates but at the end of the day, they barely moved them up. The pace of hikes has increased since Trump was elected, but part of the reason for that…I mean, the media is not talking down the economy; if anything they’re overhyping the economy. Everybody’s talking about how strong the economy is, how everything is great. Everybody is taking credit for this great economy. The Fed wants to take credit for it, Trump wants to take credit for it, so if everybody wants to talk about how great the economy is, the Fed doesn’t have any excuse if it doesn’t raise rates…in order to keep up the pretense that the economy is as strong as everybody thinks, the Fed is in this box where it has to raise rates.

But they [the Fed] can’t tell the truth that it’s really a bubble, and if we raise rates, we’re gonna prick it, so they’re kinda in this bind. And they are still telegraphing that they’re gonna raise rates three or four times this year. And that is the problem.“

It has been my contention for a very long time that the greatest financial bubble in human history would not be able to continue without artificial support from the Fed and other global central banks.

Once the Fed finally ended their artificial support for the markets late last year, I anticipated that there would be trouble, but stock prices continued to rise through the holiday season.

But now reality is setting in, and investors are rushing like mad for the exits. I really like how Brandon Smith described the current state of affairs in his recent article…

After I predicted the election of Donald Trump, I also predicted that central banks would begin pulling the plug on life support for equities markets. This did in fact take place with the Fed’s continued program of interest rate increases and the reduction of their balance sheet, which effectively strangles the flow of cheap credit to banking and corporate institutions that fueled stock buybacks for years. Without this constant and ever expansionary easy fiat, there is nothing left to act as a crutch for stocks except perhaps blind faith. And blind faith in the economy always ends up being smacked down by the ugly realities of mathematics.

Without artificial support, gravity will try to pull stock valuations back to their long-term averages. That would mean a decline for the Dow of at least 10,000 more points, but major financial institutions are so highly leveraged and Wall Street has become such a giant casino that our system literally cannot handle that sort of a decline.

The only way that the game can continue is for the Fed and other global central banks to intervene and prop up the absurd financial bubble that they originally created.

Absent that, this crisis is likely to go from bad to worse, and we may soon find ourselves facing a financial panic unlike anything that we have ever seen before.