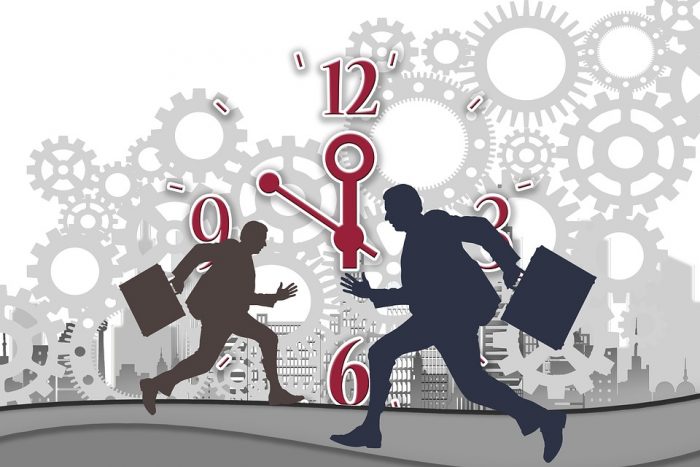 It is becoming quite clear that even if Congress passes a tax reform bill in 2017 that it won’t actually be that significant. On Thursday, anxiety about the Senate’s version of the bill pushed the Dow down more than a hundred points, and that was the biggest decline that we have seen in two months. Could it be possible that the massive stock market bubble that we are currently witnessing is about to burst? Anticipation of what this tax bill would mean for U.S. companies has been the foundation for so much of the euphoria that was have seen on Wall Street this year, and now reality is starting to set in…

The Dow suffered its biggest drop since early September as investors reacted to reports that the Senate’s tax proposal would delay tax cuts for corporations for year, a development that pushes back a key part of the plan Wall Street was betting on to provide a boost to corporate profitability.

Reducing our corporate tax rate is very important, because right now we are not competitive with the rest of the western world. Almost every other major industrialized nation has a much lower corporate tax rate than us, and that encourages major corporations to locate operations elsewhere.

So if we are able to reduce the corporate tax rate to 20 percent, that is likely going to mean good things for the U.S. economy and more jobs for U.S. workers, but unfortunately the Senate version of the bill would delay that tax cut until 2019…

The top corporate rate would drop from 35% to 20% in 2019, a year later than it would in a revised bill approved Thursday by the House Ways and Means Committee. That change, which reduces the overall cost of the tax cut package, delays one of President Trump’s main priorities for overhauling the tax code, but administration officials did not seem concerned during a brief appearance with Hatch on Thursday afternoon.

And then if the Democrats take back control of the White House in 2020, they would probably jack corporate tax rates back up to where they were before, and so in the end the change would not make much of an impact at all.

Other than reducing the corporate tax rate, the Senate version of the “tax reform bill” does not actually accomplish that much. The following comes from Zero Hege, and it is a good summary of what is contained in the bill…

This bill also repeals the alternative minimum tax, and that is a change that has been needed for ages.

But overall, our members of Congress are simply rearranging the deck chairs on the Titanic.

We have the most abominable system of taxation on the entire planet. I once spent an entire year studying our tax code, and at the end of that year I came to the conclusion that the best thing that we could do would be to throw the entire thing in a shredder and start over.

Today, the tax code is more than two million words long, and the regulations are more than seven million words long. I used to have to lug these books to class with me, and that was not pleasant. Our system greatly favors the wealthy, because they can hire lobbyists to influence members of Congress, and they can pay accountants and tax attorneys to find every single loophole possible. Meanwhile, ordinary people like you and me always end up with the short end of the stick.

The next time you are talking to a politician, ask them to defend our current system of taxation. None of them will be able to, because it is an abomination.

Ultimately, I would like to abolish the IRS and the income tax completely. We did not have an income tax between 1872 and 1913, and it was the greatest period of economic growth in U.S. history.

Of course we would need to greatly reduce the size of the federal government in order to do that, and that might take a while. So in the short-term we could go to a flat tax or a fair tax, both of which would be greatly superior systems to what we have right now.

Simply reducing rates a little bit and tinkering with the regulations is not going to fundamentally change anything. Real tax reform means getting rid of our current abominable system entirely, and if I am elected to Congress that is precisely what I am going to fight for.