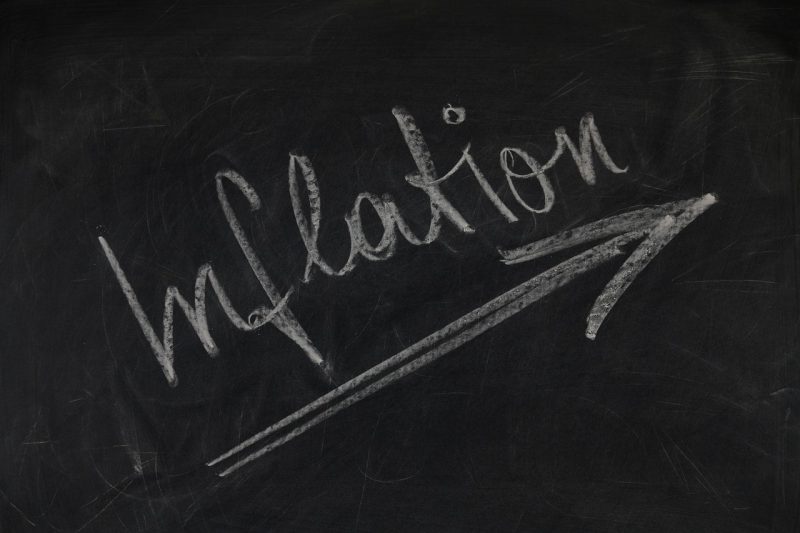 If you thought that authorities all over the planet could print, borrow and spend money like there was no tomorrow without any consequences, you were being delusional.  Since the beginning of the COVID pandemic, we have witnessed the greatest monetary binge in world history.  Of course that was going to cause enormous problems.  Of course that was going to cause nightmarish inflation.  Anyone with an ounce of common sense should have been able to see that.  When the value of money is tied to nothing, “more money” is always such a tempting solution for those in power.  But as history has demonstrated over and over again, going down that path almost always leads to tragedy.

In our case, it will be the poorest people on the planet that suffer the most.  According to Bloomberg, basic food staples are dramatically spiking in price all over the globe…

Global food prices are going up, and the timing couldn’t be worse.

In Indonesia, tofu is 30% more expensive than it was in December. In Brazil, the price of local mainstay turtle beans is up 54% compared to last January. In Russia, consumers are paying 61% more for sugar than a year ago.

And as Albert Edwards has pointed out, annual inflation in cereals has hit 20 percent, which represents “the highest annual rise since mid-2011 when the Arab Spring was in full flow!”

If prices continue to rise like this, it is just a matter of time before we see widespread food riots all over the globe.

In explaining why this is happening, Bloomberg got half the answer correct…

Emerging markets are feeling the pain of a blistering surge in raw material costs, as commodities from oil to copper and grains are driven higher by expectations for a “roaring 20s” post-pandemic economic recovery as well as ultra-loose monetary policies.

No, there is definitely not going to be a “roaring 20s” post-pandemic recovery.

That is a complete and utter fantasy.

But it is quite true that we have seen “ultra-loose monetary policies” all over the globe.  Not since the days of the Weimar Republic have we seen anything like this in the industrialized world.

As the global money supply continues to expand at a frightening pace, other factors will weigh very heavily on global food production.

For example, the other day I wrote about the giant hordes of locusts that are currently ravaging East Africa, and now Saudi Arabia is being hit hard as well…

Horrifying footage shows a swarm of locusts filling the sky in the town of Mahayil in the Asir region of Saudi Arabia.

In a nightmarish clip, filmed by someone standing in the street on February 23, the locusts hang overhead like a swirling black cloud as they fly around outside people’s homes.

As the camera is turned around 360 degrees, it becomes clear nearby buildings are all completely surrounded by the ravenous insects as far as the eye can see.

The head of the UN World Food Program has publicly stated that there will be “famines of biblical proportions in 2021”, but here in the United States many people don’t take warnings like that seriously because we still have plenty of food in the stores.

And so far, food inflation in this country has not been overly dramatic.

But we are seeing crazy inflation show up in other ways.  If you can believe it, a Luka Doncic rookie card just sold for 4.6 million dollars…

At $4.6 million, the most expensive basketball card ever sold is a signed Luka Doncic rookie card featuring the NBA Logoman patch from a game-worn Dallas Mavericks jersey.

Collector Nick Fiorello bought the 1-of-1 card on Feb.28, which is second in all time in sports cards to a 1952 Topps Mickey Mantle card that sold for $5.2 million. It was first sold for $2.8 million in April of 2018. It then became the largest known sale of all time in January of 2021 when Rob Gough purchased it for $5.2 million, according to actionnetwork.com.

When I was a kid, I loved to collect sports cards.

It looks like I should have stayed with that hobby.

In October 2020, Miami-based art collector Pablo Rodriguez-Fraile spent almost $67,000 on a 10-second video artwork that he could have watched for free online. Last week, he sold it for $6.6 million.

The video by digital artist Beeple, whose real name is Mike Winkelmann, was authenticated by blockchain, which serves as a digital signature to certify who owns it and that it is the original work.

Why in the world would anyone spend more than 6 million dollars for a video clip that can be watched online for free?

It doesn’t make any rational sense at all, but this is what can happen in a highly inflationary environment.

All of the money that our authorities have been creating has to go somewhere, and one of the places where it has been going is in to cryptocurrencies.

If you have done well investing in Bitcoin and other cryptocurrencies, I would take advantage of these extremely high prices while you still can.

At any time, governments around the world can decide to crack down on them, and New York Attorney General Letitia James gave us another reminder of that fact on Monday…

New York Attorney General Letitia James sent a blistering warning to investors and industry members about the dangers of cryptocurrencies on Monday.

“We’re sending a clear message to the entire industry that you either play by the rules or we will shut you down,” she said in a press release.

As conditions in this country continue to deteriorate, eventually there will be a huge shift in demand.

When things get really bad, people are not going to be so interested in collectibles and speculative investments.  Instead, there will be tremendous demand for food, commodities, farmland and other essential assets.

I really wish that our authorities weren’t destroying the value of the U.S. dollar, but this is the path that they have chosen.

So now we all get to suffer the consequences, and they won’t be fun.