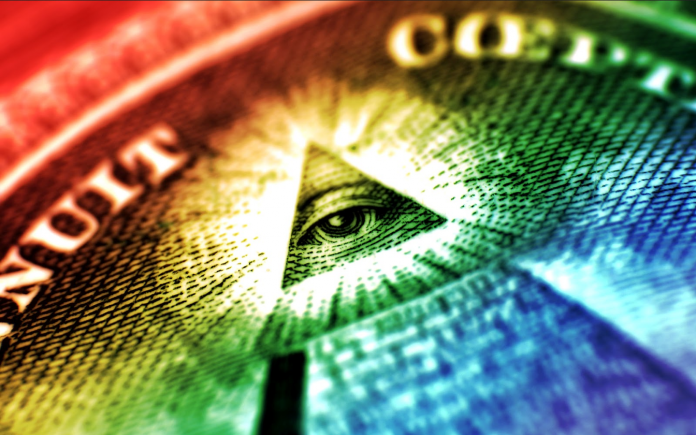 (By Caleb Stephen) Donald J. Trump’s landslide victory on the 8th of November is still sending shock waves through the rank and file of the globalist elite who had absolutely convinced themselves and their mentally enslaved minions in the populace and corporate media that Hillary Clinton would win the U.S. presidential election.

This false sense of security made the impact of the historic win much harder. The mainstream media pundits rated Trump’s chances of winning at 1% – which turned out to be one of the most laughable fake news trends this decade. Needless to say, there were dozens of news anchors, pundits, reporters and editors who were left red-faced not once but many times over thanks to their incessant genuflecting, gushing and fawning over the sickly joke of a Democratic presidential nominee, Hillary Clinton. It’s like as if CNN, MSNBC and Fox News served as Hillary’s personal cheer-leading squad to compensate for the fact that just about nobody turned up to her rallies and speeches.

Certainly by the grace of God, America dodged a bullet and narrowly avoided a nuclear war with Russia which would have most certainly happened if Clinton had won.

Then before the whole Trump win, we saw the Brexit revolution where populism trumped the controlling powers of Britain’s elite cabal.

So, right now we have a lot to rejoice about in terms of the globalist elite reeling from a couple of mighty knock-out punches to their solar plexuses.

It’s quite heart-warming to see humanity gradually waking up to the prison planet the globalists want to force us into and actually fighting back to retain freedom. Here’s a few things that the globalists will no doubt be finding difficult to accept.

First of all, as I briefly touched on before, the mainstream media establishment has slowly become more and more distrusted and discredited. I see the U.S. elections as the climax of that crescendo and literally overnight the entire mainstream media empire came crashing down like a ton of glass.

So seismic was the shock that the corporate media establishment – the primary propaganda transmission and dissemination machine of the globalist elite – is still left shocked and comprehending the extensive damage in the wake of the election.

Literally nobody believes or trusts in the corporate media sellout shills anymore. A survey earlier this year showed that only 6% – SIX PERCENT – of American people trust the media. That says a lot. I would suggest the figure is now significantly less.

In recent days in an effort to salvage some scrap of credibility, they’ve started a highly militant and organised witch-hunt on so-called fake news to discredit, and tarnish the reputations of independent, alternative, real news outlets. To further exacerbate their extreme embarrassment, they’ve ‘accidentally’ been caught red-handed running fake news in just the last few weeks.

The Washington (Com)Post most recently found themselves on the unlucky hot seat being roasted by The Intercept’s Glenn Greenwald and threatened with a law suit after they published a ridiculous and cringeworthy ‘hitpiece’ on ‘fake news’ (aka real news). The article was headlined “Russian propaganda effort helped spread ‘fake news’ during election, experts say” and cited a totally bogus report by an anonymous website calling itself PropOrNot, which claims that millions of Americans have been deceived this year in a massive Russian ‘misinformation campaign.’

According to Greenwald, this “report was one of the most widely circulated political news articles on social media over the last 48 hours, with dozens, perhaps hundreds, of U.S. journalists and pundits with large platforms hailing it as an earth-shattering exposé. It was the most-read piece on the entire Post website on Friday after it was published.”

But alas the the Post as Greenwald points out “the article is rife with obviously reckless and unproven allegations, and fundamentally shaped by shoddy, slothful journalistic tactics.”

He goes on to expose the fact that PropOrNot’s team of ‘experts’ is nothing more than a bunch of random, anonymous individuals whose credentials are impossible to verify. Didn’t these so-called journalists learn in journalism school that you need at least two credible and verifiable sources before running a story? Hmmmm.

So desperate the establishment has been that a top U.S. military communications intelligence unit even resorted to sending a request to famous independent, conservative media analyst and YouTuber Mark Dice to see if they could come hangout at his studio for a few days and watch how and what he does to maintain his small yet highly successful operation. An operation, which I might add, gets way more public attention than CNN’s nightly news.

Secondly, because of the mass distrust of mainstream thought and the rejection of liberal lies and propaganda, the elites are getting increasingly worried. So much so, the police state is tightening – just like in all Communist, totalitarian regimes in order to curb dissenting opinions and expressions of those opinions and beliefs.

Thirdly, global pedophilia, which is something that the elites are heavily involved in, is gradually coming to light and they’re certainly not happy. With the rise of the #Pizzagate scandal and despite the fact that the corporate media has been putting out so much disinfo in an effort to cover the backsides of their sick-minded puppet masters, more and more people are growing suspicious of the high level sexual abuse of children around the planet (which I might add, is something that’s well documented).

Fourthly, lying doesn’t work so well after all. Consistently insulting humanity’s intelligence with a continuous barrage of lies, deceit and illusion will eventually wear thin – and it has. I believe there is a global awakening and we’re seeing more and more people are learning the reality of what’s actually going on in this evil world.

Fifthly, this distrust on the part of the populace has subsequently lead to zero confidence in the status quo. Just because a government official wears a title doesn’t mean they know more than you. In fact the great majority of people believe the government is highly incompetent and irresponsible.

Sixthly, the thirst for quenching freedom is palpable. Debt and enslavement have been rejected in Hungary and Iceland where the people said no to IMF structural agreements.

Seventhly, seeds of secession are being sown, the growing pains of freedom are rising and grassroots movements of populism are rising everywhere. First of all in Britain with Brexit as I mentioned before, then Spain, Scotland and just very recently Italy where the people rejected a Socialist prime minister. If the people of Germany kick out Angela Merkel at the polls next year, then we could very well add that to the victory list.

Finally, the food production market is a phenomenal money making industry which consistently promotes lie after lie about yields, less pesticide and how food laden with pesticides and herbicides is the only way to feed the world.  Yeah, right. But millions aren’t buying into that garbage anymore. In fact, organic foods are getting more and more popular in many countries all over the globe.

For example, a 2014 Gallups poll showed at least 45% of Americans “actively try to include organic foods in their diets.”

Of course, there’s a lot more work to do and we cannot sit around all day basking in victory but it’s certainly fantastic to see how badly the globalists and their mentally enslaved, obedient pawns are suffering.